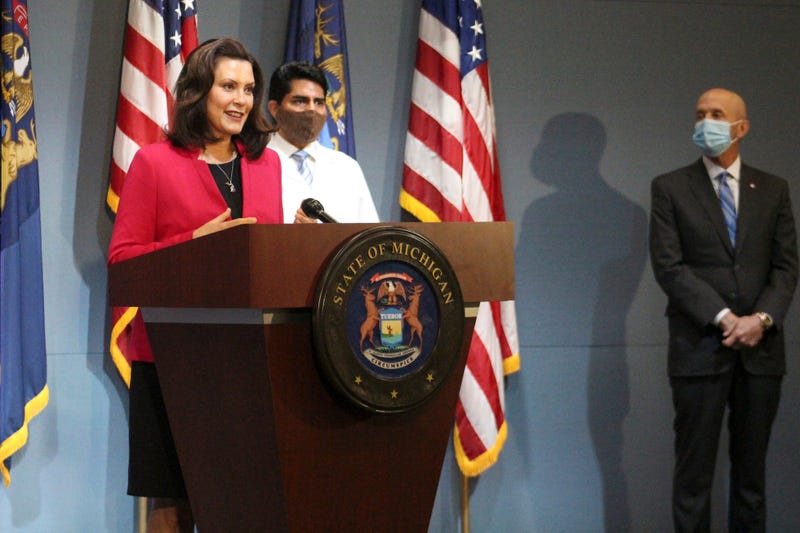 (WWJ) Governor Whitmer has signed an Executive Order to extend the Safer-at-Home Order (EO-2020-100) until June 12 amid the pandemic.

The order also extends “temporary closures” of public places including theaters, gyms and casinos, according to a press release from the Governor’s office.

While cases are continuing to decline in Southeastern Michigan, initially the hardest hit zone; state health officials say COVID-19 case counts double in the Western and middle part of the state every 10 days.

“While the data shows that we are making progress, we are not out of the woods yet. If we’re going to lower the chance of a second wave and continue to protect our neighbors and loved ones from the spread of this virus, we must continue to do our part by staying safer at home,” said Governor Whitmer said in the press release. “If we open too soon, thousands more could die, and our hospitals will get overwhelmed.”

She added the state's stock of 'Personal Protective Equipment' (PPE) has grown since the beginning of the outbreak, but we “can’t risk running low again.”

“We owe it to the real heroes on the front lines of this crisis – our first responders, healthcare workers, and critical workers putting their lives on the line every day – to do what we can ourselves to stop the spread of the virus,” Whitmer said.

Governor Whitmer has taken measures to slowly re-open the economy, and those will not change under the new order, according to her press team.

Construction workers, landscapers, real estate workers and manufacturers (including UAW workers) have all been allowed to return to work under strict social distancing guidelines.

On Thursday; Governor Whitmer announced gatherings of ten people or less are allowed.

Retail and auto dealerships will be allowed to re-open by appointment on Tuesday. Only ten people can be in the shop at a time under the Governor’s order (EO-2020-96).

Veterinarians, dentists and non-essential medical services will be permitted to resume with precautions on May 29.

In the northern part of the Lower Peninsula and the Upper Peninsula; restaurants, bars and retail shops received the green light to reopen Friday with limited capacity.

Governor Whitmer's emergency declaration has been extended to June 19.

Executive Order 2020-101 extended watercraft registrations that expired after February 1 to July 31. Boats purchased after January 1 can be operated on Michigan's lakes and rivers without displaying an ID number or decal through the end of July, so long as the owner can show proof of purchase. Law enforcement will also not be allowed to ticket boats with decals that expired after September 30, 2019. The state says they will not review late fees for these vessels until after July 31.

Executive Order 2020-103 allows local governments to send out tax abatement hearing notifications by methods other than mass mailings. This may include via newspaper or online.