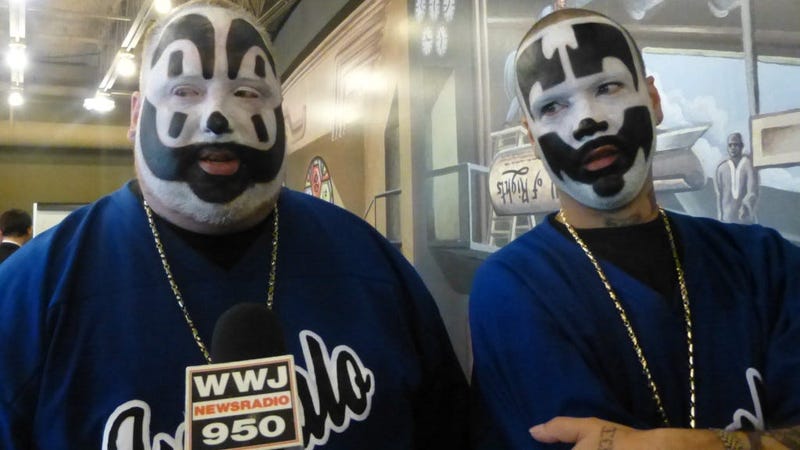 (WWJ) There will be no Gathering of the Juggalos in the year 2020.

Due to the continued spread of COVID-19, Insane Clown Posse announced this week that it is canceling its infamous annual "Gathering of the Juggalos" that was scheduled for August 5 through the 8 at the Nelson Ledges Quarry Park in Garrettsville, Ohio.

The event is planned to take place once again in 2021 "stronger, bigger and better than ever!" according to the Detroit-based hip hop duo.

“The bottom line is that we REFUSE to risk even ONE Juggalo life by hosting a Gathering during these troubling times,” ICP said in a statement, posted to Twitter and to the event's official website. “In closing, we want everyone to heed the words of Fred Fury and Flip the Rat: ‘BE SAFE: Watch your step and take it easy. You can’t replace what you mean to our team. Without you, tell me where the f— we’d be?’

Response the the canceling has been mixed; some fans expressing disappointment, while some in the public appear to be impressed.

Truax replied to the announcement: "ICP is putting together a more coherent and mature response to Coronavirus pandemic than the Republicans."

Jiikunsan tweeted: "Never thought id live to see icp be the voice of reason in the face of a global pandemic" — to which Topsoilpeet responded: "It was not on my bingo card."

The Gathering, put together by Psychopathic Records, has been held for the past 20 years.

Described by ICP co-founder Joseph Bruce as a “Juggalo Woodstock,” the Gathering of the Juggalos typically spans five days and includes concerts, karaoke, games, wrestling, games, contests, autograph sessions and seminars. "Juggalo" itself is a term for ICP's loyal and enthusiastic fans, known to wear clown makeup and drink Faygo.