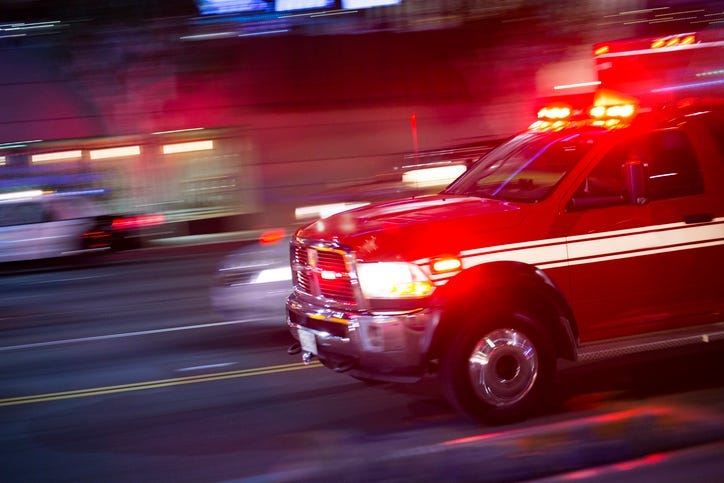 FLINT (WWJ) - Police say a man was drunk when he got behind the wheel of his car, then drove the wrong direction on two Flint-area freeways before crashing head-on into another vehicle, killing the other driver and himself.

The crash happened around 11 p.m. Monday on northbound I-75 at M-54 Dort Highway, in Grand Blanc Township. The first 911 call came in about eight  minutes earlier, when the vehicle was spotted going southbound in the northbound lanes of I-475.

"That vehicle traveled approximately six miles and came into Grand Blanc Township," Sgt. Scott Theede told WWJ's Beth Fisher. "It actually went from I-475 into the northbound lanes of I-75, at which time it struck a vehicle head-on."

Both drivers were killed on impact. Police identified the wrong-way driver as a 60-year-old Flint man. The other driver was a 25-year-old Macomb woman.

Police say alcohol is believed to be a factor in the crash, which remains under investigation.

"There were some indications in the vehicle that led us to believe that he had been drinking prior to the crash," said Theede.

The northbound section of the freeway was shut down for about five hours while police were at the scene, but has since re-opened to traffic.