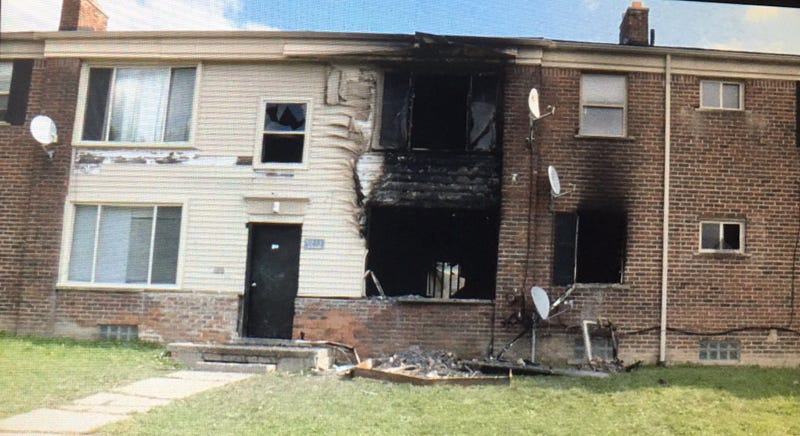 DETROIT (WWJ) - Authorities say a mother and daughter who died in a Detroit apartment fire were not the intended targets.

The Wayne County Prosecutor's office has charged 24-year old Dmarco Latham with murder and arson in the deaths of the 31-year old mother and her 2-year-old daughter.

Investigators say Latham intentionally set a fire in an apartment on Brace Street, near Chicago and the Southfield Freeway, last Tuesday evening because he had ongoing issues with the mother of his kids, who lives in the building. However, they were not home when Latham allegedly put clothes on the burners of a stove and started the fire.

A male tenant in the building smelled burning, observed the clothing in flames on the stove and alerted other tenants in an effort to evacuate the building.

The victims lived on an upper floor unit. The woman and her daughter were pronounced dead at the hospital. Her 8-year-old son survived but sustained injures that were treated at a local hospital. A 30-year-old woman was also injured in the fire and was treated at the scene by medics.

Latham is charged with two counts of felony murder, three counts of first-degree arson and two counts of arson -- preparation to burn. He was arraigned Friday and remanded to jail. He's due back in court Oct. 25 for a probable cause conference, followed by a preliminary hearing on Nov. 1.