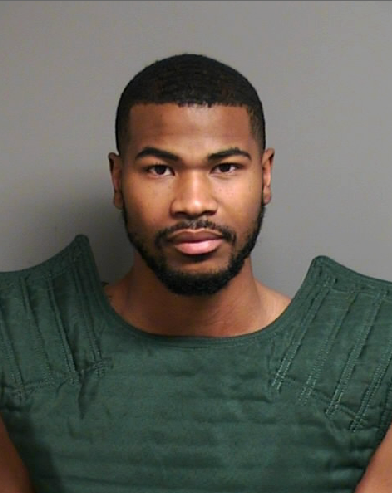 MT. CLEMENS (WWJ) - A Clinton Township man is jailed on ten felony counts after it's alleged he shot his girlfriend with their child nearby, then shot at police.

The investigation began Tuesday evening, when a 25-year-old woman arrived at the Macomb County Sheriff’s Office with a gunshot wound to her shoulder.

The woman told police she'd been shot by her boyfriend, 26-year-old Devonita Blakes, on Valley Drive in Mount Clemens, after an argument about their relationship.

According to Macomb County Prosecutor Eric Smith, Blakes was trying to stop the victim from leaving with the couple's 2-year-old son. As the mother began to drive away with the toddler in the car, it's alleged that Blakes fired 14 shots at the vehicle.

The windows were shattered and glass landed on the child, Smith said, but the child wasn't hurt. The woman was taken to a hospital for treatment of non-life threatening injuries.

It's alleged that Blakes fired shots at police from inside his apartment, hitting a Clinton Township squad car. No officers were injured.

Police did not return fire; and, after a brief standoff, Blakes came out unarmed and was arrested.

Bond was set at $200,000 on the condition he wear an electronic tether if he's released. He is scheduled to return to court for a probable cause conference on Nov. 27.

“The devastating reality is that our office continues to prosecute these heartbreaking cases involving domestic violence every day," said Smith.  “If you know someone involved in a relationship, whether it be boyfriend/girlfriend, husband/wife, parent/child, I cannot stress how important it is to assist that person in reaching out for help. Turning Point’s 24-Hour Crisis Line can be reached at 586-463-6990.”