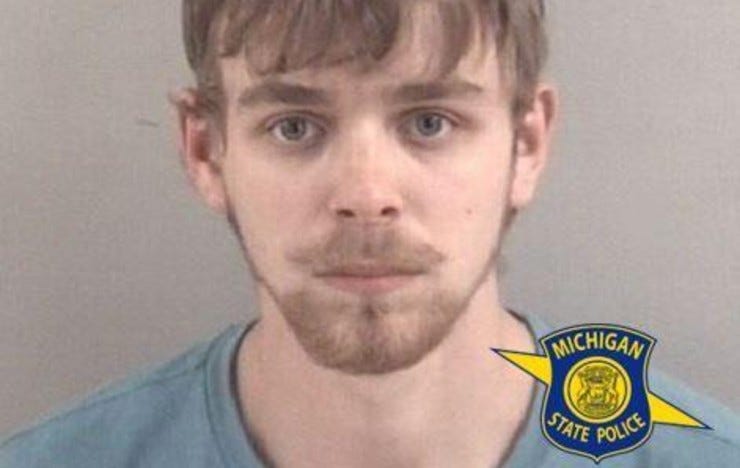 (WWJ) An 18-year-old man is jailed on 19 felony counts in the alleged abduction and rape of a woman in Northern Michigan.

On Sunday, July 12, troopers from the Michigan State Police (MSP) Gaylord Post were called to McLaren Northern Michigan Hospital in Cheboygan for a report of a sexual assault.

Troopers interviewed the victim who alleged an acquaintance, identified as 18-year-old James Edward Charboneau of Cheboygan, had driven her to a remote location in Emmet County and sexually assaulted her.

The victim was treated at McLaren and evidence was collected by medical personnel then turned over to the MSP.

Following further investigation, a warrant was issued by the Emmet County Prosecutor's Office for Charboneau.

Bond was set at $1 millions cash  or surety.

Charboneau remains lodged in the Emmet County Jail awaiting his next court appearance scheduled for Oct. 21.