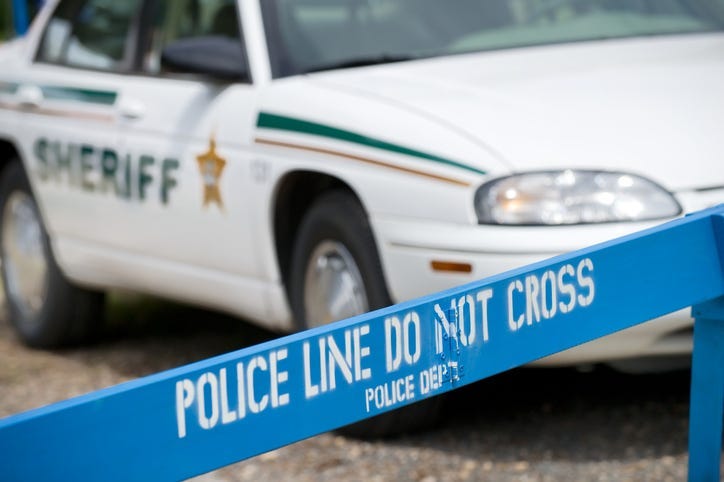 (WWJ) A man who was allegedly waving around and firing a gun on a busy road during rush hour near Lansing was shot and killed by a driver.

According to the Eaton County Sheriff's Office, multiple 911 calls came in Monday morning about a man standing in the middle of the 6500 block of Saginaw Hwy., firing off rounds into the air and pointing the handgun at motorists.

Just before 8:30 a.m., when the gunman stepped in front of a vehicle driven by a 22-year-old Delta Township resident, the driver — who has a concealed pistol license (CPL) — fired his gun from his car and shot the other man, investigators said.

Deputies called to the scene found the 26-year-old Walker, Michigan resident with apparent gunshot wounds. EMS pronounced him dead at the scene.  A handgun was found next to his body, according to the sheriff's office.

Detectives are continuing to investigate and interviewing witnesses.

Because Saginaw Hwy. is heavily traveled at that time of day, investigators are asked that anyone who saw any part of this incident to call Det. Rick  Buxton at 517-323-8484.

Authorities aren't saying if the man in the car is in custody or whether he is expected to face charges.

No names have been released.