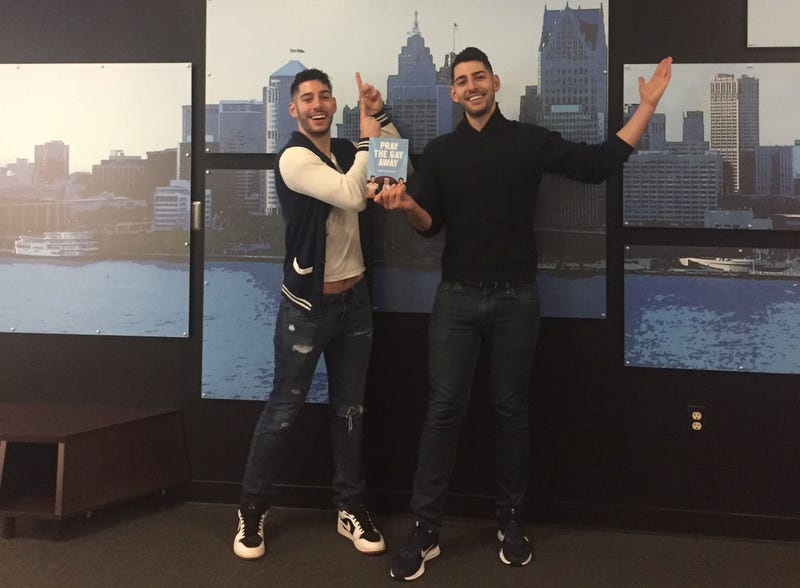 ROYAL OAK, Mich. (WWJ) -- Twin brothers Zack and Michael Zakar began to realize they were gay in high school in Oak Park, but it wasn't until a rumor went around when they were 16, says Zack, that they came out to each other.

Then a year later, their mother, a devout Catholic, asked Zach if he was gay, and when he and Michael finally came out to her, she didn't take it so well.

"She left our house for three days and when she came back, she threw holy water on us," Zach Zakar told WWJ's Sandra McNeill. "She won't say 'gay' -- she calls it the 'G-word' -- she was like 'are you?' and I'm like, 'I think so.' And that was enough to set her off. She just lost it, she got all crazy." 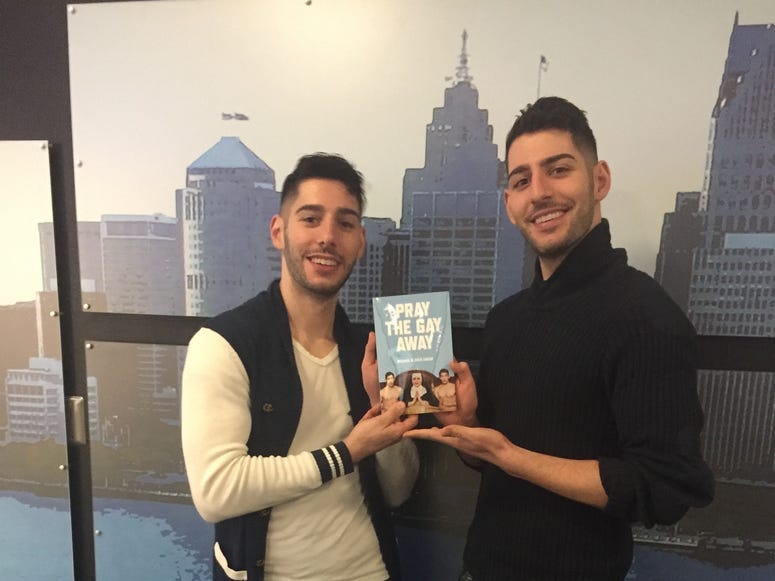 "We were very angry and wrote the book almost as a hate book to our mother and throughout the years, as we were writing it and fixing it, it became a self-heal book about our mom," Zakar said. "When our mom threw holy water on us, that was her way of protecting us. We didn't really see it at the time. We thought that was because she hated us, but it was because she didn't want us to go to Hell, so in her head, she was protecting."

The play tells their stories of coming out as Iraqi-American teens in the Midwest, their awkward sexual encounters and their battles with their mother.

The Zakars' mother is ironically played by a drag queen in their play.

The twins have also written a book titled "You Can't Pray The Gay Away," for parents who may be struggling with their children coming out.

The play will open Thursday night at 8 p.m., with shows at 7 p.m. and 10 p.m. on Friday and Saturday, before closing the weekend with 2 p.m. and 8 p.m. shows on Sunday. Tickets are available on the Zakar twins' website.