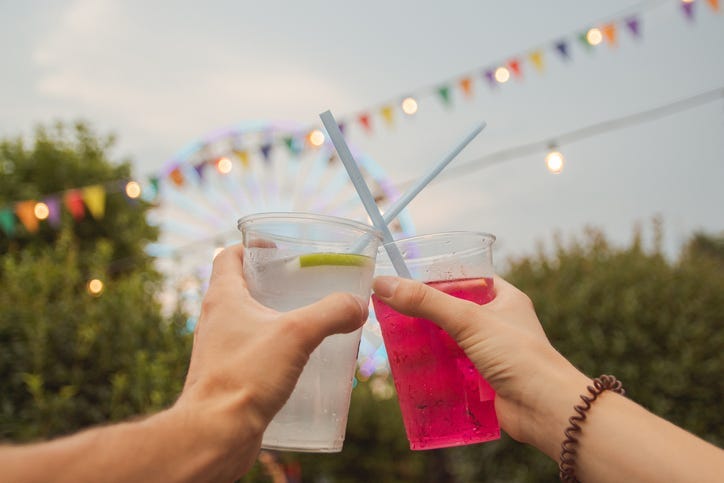 (WWJ) A bill to legalize "cocktails to go" in Michigan has passed the State Senate with overwhelming approval.

Under the legislation, Michigan restaurants and bars would be able to sell cocktails, beer, wine and liquor for pickup or delivery, and there woud be a temporary cut in state liquor prices.

It would also allow for local governments to designate a special drinking district, also called a "social district," where people of legal drinking age would be able to walk around in public with an alcoholic drinks — much like is allowed in New Orleans or the Las Vegas strip.

Supporters, including co-sponsor Rep. Michael Webber of Rochester Hills, say this would give Michigan’s hospitality industry another tool to help make up for the financial losses suffered during the COVID-19 crisis, and also balance the need for customers to practice safe social distancing.

“We all know the toll the COVID-19 pandemic has taken on businesses across Michigan,” said Webber, who chairs the House Regulatory Reform Committee, in a news release. “As we quickly approach the summer months, we must explore opportunities that will provide some economic support to our local establishments fighting to keep their doors open. This legislation would give local governments another tool to help support bars and restaurants in their communities while making it easier for customers to follow social distancing guidelines.”

Under the plan, local governments would be given the sole authority to permit and revoke social districts.

Webber points out that Ohio has a similar law, and the city of Toledo already has a successful social district that Michigan residents are crossing the state border to access.

“Outdoor drinking districts are not a new concept, and they have been proven to be effective – even prior to COVID-19,” Webber said. “As Michigan looks to slowly reopen various industries, this is a common-sense solution we need to explore. It could prove very beneficial to our local downtown areas.”

Justin Prie,  general manage of Ale Mary's Beer Hall in Royal Oak, worries about what he called the "overall reprecussions" of such a law.

"I wonder how it will affect us overall," he added, in an interview with WWJ's Jason Scott. "I do get concerned about our carryour busines if something like that happens; if they're going to, you know, close off streets and things like that. And we've worked hard to develop what we have today. We need it right now being at 50% capacity."

The bill now goes onto the House for consideration