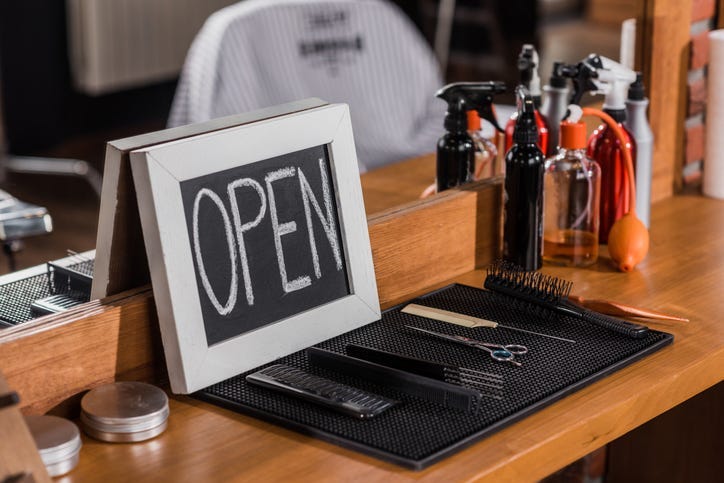 (WWJ) An elderly barber shop owner who defied Michigan's governor's order to remain closed has had his business license suspended.

"I guess the agency, an the AG's office and the governor don't believe in innocent until proven guilty anymore; you're guilty if charged," Kallman told WWJ's Jon Hewett. "I mean, our whole constitutional system and everything's getting turned on its head  — all in the name of good intentions and trying to stop a virus that everyone knows can't be stopped in the sense that they're taking about."

Manke, who has vowed to stay open, has been charged with a 90-day misdemeanor for violating local health department regulations and Gov. Gretchen Whitmer's executive order — one of dozens issued amid the COVID-19 pandemic.

Kallman said the state is using the fact that Manke is facing charges as grounds to suspend his license.

"They're the ones that initiate it, they're the ones that generate it, and then they turn around and say, 'Oh, you have criminal charges against you. We're gonna suspend your license'," Kallman said. "I'm sorry, but are we some kind of banana republic or something? I mean, what is this, you know? This is ridiculous."

Speaking to reporters outside his shop on Monday, Manke said he was a little afraid what would happen when he reopened his shop on May 4, but he just had to do it.

“I’d gone six weeks without a paycheck with no money coming in. I’ve been in this business 59 years...I’m 77; I’ve always worked,” Manke said. “I’ve never looked for handouts. I don’t even know what they are. I had somebody call me and say why don’t you get on food stamps. I don’t want to get on food stamps; I want to work.”

Manke, who said he believes it's his right to work and make a living, said he's been getting a lot of support from the community.

People from Detroit, Ann Arbor, Saginaw, Jackson, and other areas have been at the shop.

“I came into this last Monday alone, thinking I’m going to swing in the wind alone,” Manke said, adding “I cannot believe the support that I’ve got. It’s overwhelming,"

Kallman plans to file motions to dismiss the charges against Manke at a court hearing set for next month.

MORE: Billboard Campaign Urges All Michigan Businesses To Reopen May 21