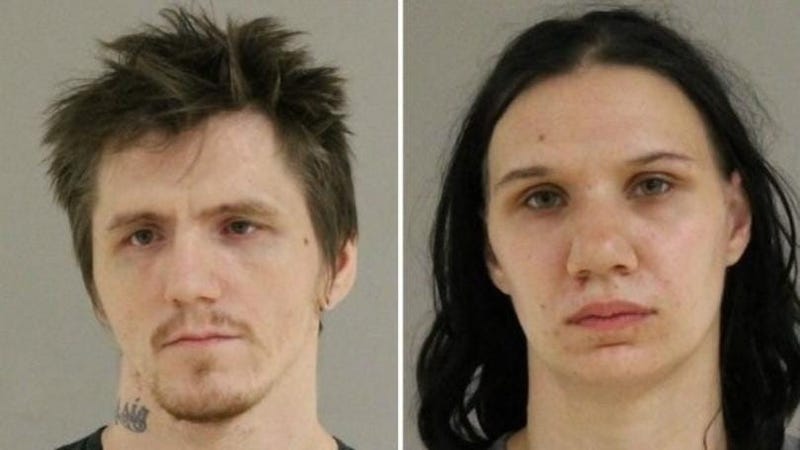 WYOMING, Mich. (WWJ/AP) - The parents of an 18-month-old boy who died of dehydration in western Michigan have pleaded guilty to second degree murder.

According to a report by WOOD-TV, the deal reached Monday will make Andrea Todd eligible for parole after 16 years. Alexander Birkenmeyer's minimum sentence is 20 years.

The couple was scheduled to stand trial before entering their pleas.

Yurik Birkenmeyer weighed just 22 pounds when he was found dead at home in Wyoming, a Grand Rapids suburb, in March 2018.

The parents of 19-month-old child who was deprived water and food for days will go to prison after pleading guilty to second-degree murder. https://t.co/EVCM1DZxCb

MLive reports the parents were accused of neglecting their son, who was in a room where a space heater kept the temperature 85 to 90 degrees.

During pre-trial proceedings, Kent County forensic pathologist Dr. David Start testified that there was evidence of both malnutrition and dehydration. Yurik's eyes were sunken into his face and his skin tented due to the lack of fluids in his system, Start said.

The boy had been in foster care for 10 months after a child-welfare investigator was concerned about his care, but Yurik was returned to his parents in fall 2017.

Court records show the couple had another child who died from Sudden Infant Death Syndrome in 2015 after sleeping next to one of the parents.

Todd gave birth to another child while in custody awaiting trial. The child is in foster care.