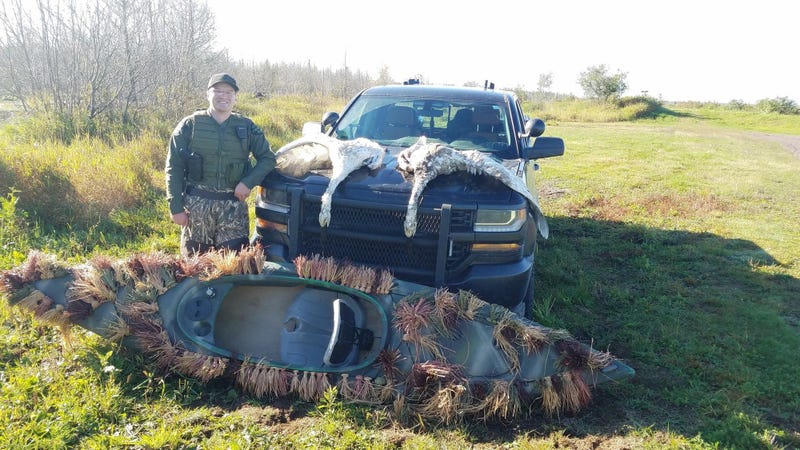 (WWJ) The Michigan Department of Natural Resources says a tip from the public led officers to two brothers who illegally killed a pair of trumpeter swans in the Upper Peninsula.

Trumpeter swans are state and federally protected waterfowl, meaning they are illegal to hunt.

Conservation Officer Cody Smith, who patrols Baraga County, was on waterfowl patrol on Sept. 28, waterfowl hunting season, when a complaint came in on the DNR's 'Report All Poaching' (RAP) hotline.

“I received a complaint that someone had shot multiple swans in the Sturgeon River sloughs,” Smith said.

They surveyed the area, findings several groups of hunters, including the suspects described on the tipster call: two brothers in their late 20s, from Houghton, Michigan.

Smith and Hermanson conducted a routine waterfowl check and found one of the hunters in possession of lead shot. Lead shot is toxic when ingested and is illegal to use for hunting waterfowl.

“We asked the hunters if they had seen any geese, which they said they had not,” Smith said. “We spoke to them for a little bit and told them about the RAP complaint.”

Asked where the swans were, the DNR says the brothers confessed they'd killed the birds, stashing them where they dropped.

Smith and Hermanson retrieved the swans and issued the poachers tickets for killing two trumpeter swans and possession of lead shot while waterfowl hunting.

Taking illegal waterfowl is a misdemeanor offense and may be punishable by up to 90 days in jail and/or up to $500 for reimbursement, in addition to other court costs.

“I want to thank the tipster who reported these poachers to the RAP hotline,” said Chief Gary Hagler, DNR Law Enforcement Division. “Conservation officers rely on support from the public to preserve natural resources for future generations.”

The trumpeter swans poached in this incident are being retained by the DNR as evidence in the case. Afterward, they will be put to use in one of several ways, including research or public education.

Anyone who witnesses or suspects a natural resource violation is asked to call or text the RAP hotline at 800-292-7800. Dispatchers are always available.