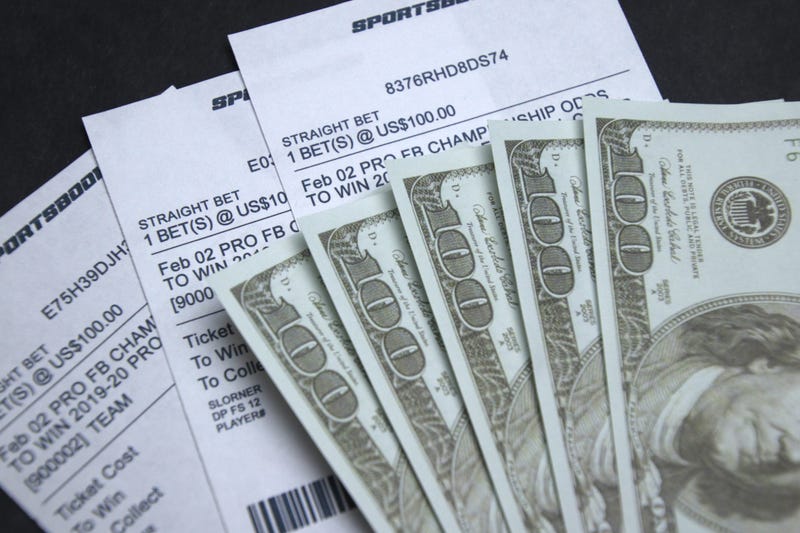 LANSING, Mich. (AP/WWJ) --  Michigan's Legislature has voted to legalize sports betting and internet gambling and it is expected to soon be signed by Gov. Gretchen Whitmer.

A state senate committee had unanimously passed a 10-bill package earlier this week and the senate officially voted to approved all 10 bills on Wednesday.

The bills approved Wednesday will expand options for gamblers in a state with three commercial casinos in Detroit and two-dozen tribal casinos elsewhere. The legislation reflects a compromise with Gretchen Whitmer after lawmakers agreed to a higher tax on i-gambling than was initially proposed.

Michigan will become the 20th state to authorize sports wagers and the fifth to allow casino-style games to be played online. Sports betting could be in place by the time the NCAA Tournament rolls around in the spring.

The tax on sports wagering receipts after winnings are paid out would be 8.4%. The tax on internet poker and other online games would range between 20% and 28%. Most of the new revenue would go to Michigan's fund for public schools.

Whitmer is expected to sign the bills into law, possibly on Wednesday night.

"Last time they sent a package to legalize internet and sports betting to a governor, he Gov. Rick Snyder, vetoed this thing," WWJ Lansing Bureau Chief Tim Skubick said. "Gov. Gretchen Whitmer is on board. So how much can be raised once you get to bet legally? Well, they figure between $80 million and $150 million and the sponsor says that could go even higher."

Supporters contend the legislation will deal a big blow to organized crime, which has been making all of the money off of illegal sports betting, Skubick said Tuesday after the committee approved the package.

The bills include safeguards designed to keep children from betting on their phones.

More than 10 states have passed sports gambling legislation, including Indiana, after the U.S. Supreme Court lifted the federal ban on gambling in May of last year.

The Associated Press contributed to this story.