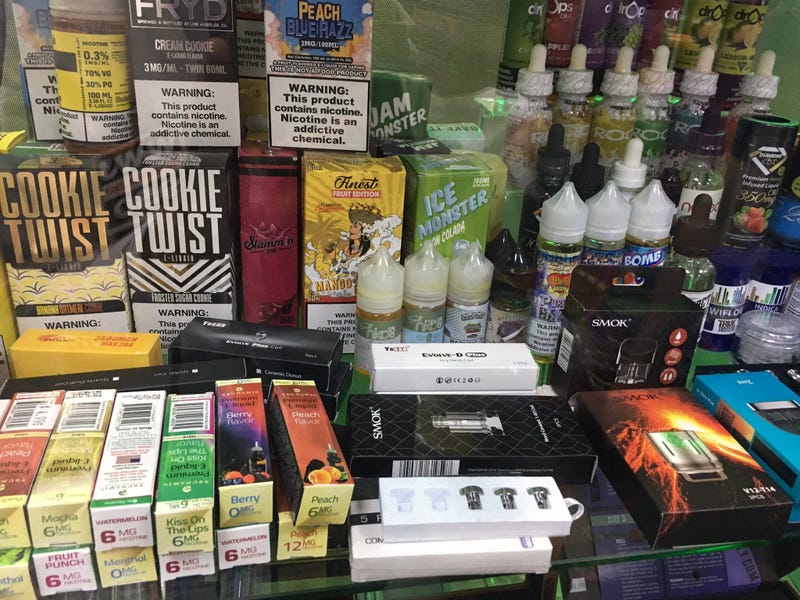 LANSING (WWJ/AP) - Michigan is out with its official emergency rules regarding a state ban on flavored e-cigarette and vaping products.

Here are a few key points:

Complete rules and other information about Michigan’s ban can be found AT THIS LINK.

As for why: Michigan officials said national health data on e-cigarette use found youth use spiked in recent years , including 78% of high students and 48% of middle school students reporting using the products.

"For too long, companies have gotten our kids hooked on nicotine by marketing candy-flavored vaping products as safe," Gov. Gretchen Whitmer said in a statement on Wednesday. "That ends today."

['Gov. Whitmer Is Not A Queen': Legal Challenge Expected To Flavored Vape Ban]

“Today’s filing is necessary to protect the public health,” added Dr. Joneigh Khaldun, chief medical executive and chief deputy director for health at the Michigan Department of Health and Human Services. “Youth vaping is a public health emergency and has been declared an epidemic by the U.S. surgeon general. Nicotine in e-cigarettes is harmful to developing brains and has dangerous long-term health consequences such as heart disease and cancer.”

Michigan is not technically first, though, according to some; having been beaten to the punch by a single day.

New York did not, howeverm include menthol flavored products in its ban, prompting criticism from some health groups that kids will simply switch to that flavor.

Owners of vape stores in New York have said they are considering a legal challenge to the ban, and challenges also are anticipated in Michigan.

Meanwhile, federal health officials have not identified a single device or ingredient involved in a rash of lung illnesses; suggesting that, at least for now, people avoid using any and all vape or e-cigarette products.