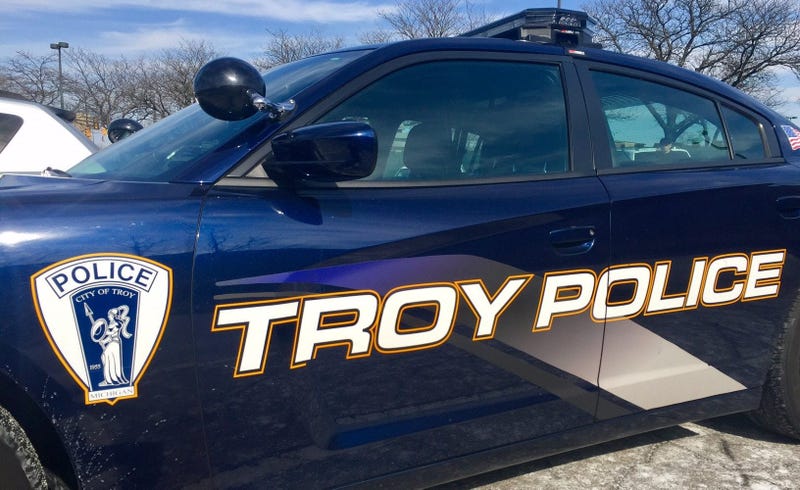 (WWJ) A man is facing charges in a bizarre case that began with a fire investigation in Troy.

According to Troy police, officers were responding to a call about a smoke alarm going off at around 8 a.m. Saturday, at an apartment complex on Somerset Blvd,, when they encountered the suspect.

On an apartment deck, police said they found a large, bloody kitchen knife, and an open door with a ripped screen. A trail of blood led to a nearby apartment building where officers discovered a second trail of blood and broken glass that led to an open apartment.

Officers were met there by a screaming, nude man, covered in blood with a towel wrapped around one of his hands, police said.

When officers told the man, since identified as Alexander James Raymond of Troy, to come out of the apartment, it's alleged he slammed and locked the door. When officers forced entry and tried to handcuff Raymond, police say he resisted arrest.

They used a Taser on the man, but he got up, charged at officers and attempted to escape, police said. Raymond was then tased a second time, and was taken into custody.

Police said Raymond, who appeared to be exhibiting "excited delirium," was treated by EMS for an injury to his thumb and then taken to Beaumont Hospital.

During the investigation at the scene, a 911 call came in about a nude man spotted on the apartment complex grounds acting strangely. Officers later learned from witnesses that Raymond had also been seen walking around with an AR-15 rifle.

Police said further investigation found that Raymond earlier broke into an apartment and tried to set a fire using a stove burner, police said. Officers found a bloody rifle in that apartment. The resident was not home at the time and it was believed that Raymond chose the unit at random.

Bond was set at $100,000 cash or surety and Raymond was taken to the Oakland County Jail.