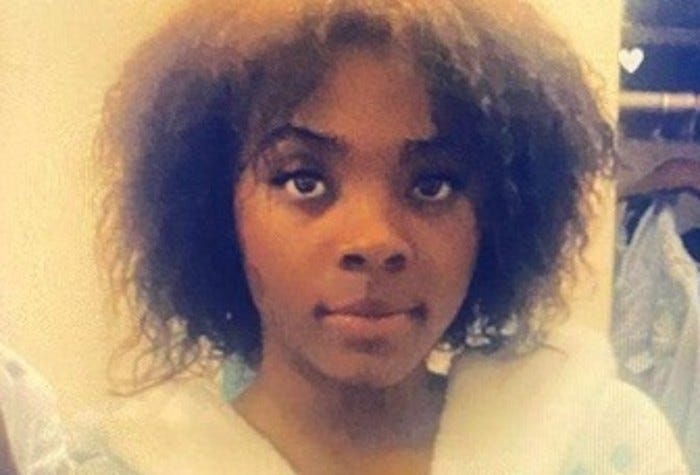 (WWJ) Have you seen this missing teen?

Detroit police are asking for tips from the public in the ongoing search for Dakota West, who disappeared over a week ago.

Neighbors reported they saw her getting into a dark green SUV, but she has not returned home since.

As for where West might be, there were few clues in the case as of Friday. Police said the teen's friends are not providing the family with any information.

West is described as 5 feet, 5 inches tall and around 130 lbs., with a medium brown complexion. She was last seen wearing all black clothing and possibly white Air Jordan shoes.

Anyone who has seen this missing teen or who knows of her whereabouts is asked to call the Detroit Police Department's Tenth Precinct Investigative Unit at 313-596-1040 or the Crime Stoppers anonymous tip line at 1-800-Speak Up (1-800-773-2587).