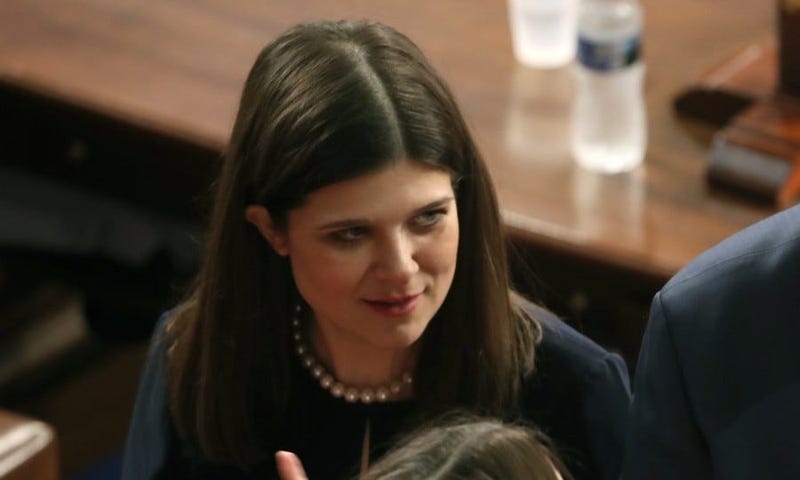 (WWJ) Wearing pink latex gloves which she oft waved in the air, a Michigan Congresswoman was ruled out of order in the U.S. House on Friday.

Rep. Haley Stevens refused to yield the House floor during discussion about the massive $2.2 trillion aid package to help struggling American workers and businesses in response to the coronavirus pandemic.

A shouting Stevens, D-Rochester Hills, said she was wearing the gloves "to tell every American not to be afraid."

"The gentle lady is out of order," Rep. Anthony Brown, who running the proceedings, said after Stevens had exhausted her allotted time.

"Our country loves you to our doctors and our nurses," Stevens said, noting however that they would be "pushed" and would see  "darkness."

Amid all the commotion, it was difficult to determine exactly what point Stevens was attempting to make.

The package of aid bills, which passed the Senate with unanimous consent, passed the House Friday afternoon. President Trump then signed the legislation, speeding $1,200 payments to nearly every American.

Q&A: How Can The Huge Congressional Aid Package Help You?