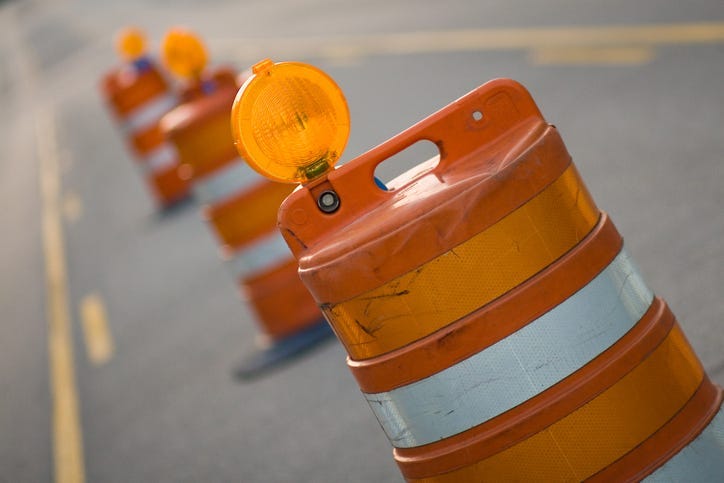 (WWJ) A roads worker is hospitalized after he was hit by a car along 12 Mile Rd. in Southfield, near the Berkley border.

A spokesman for the Road Commission for Oakland County says the 51-year-old veteran worker is a supervisor and was inside the construction zone on 12 Mile, west of Coolidge when he was struck on Wednesday.

"I know with certainty that he's always interested in safety and making sure that he and all the workers on the site are safe," Craig Bryson told WWJ's Sandra McNeill. "But he was unfortunately hit by a car."

The worker taken to a local hospital where he was listed in stable condition, with non life-threatening injuries.

The 78-year-old male driver from Southfield stopped at the scene and has been interviewed by police.

It's unclear what, if any, charges he may face as the investigation continues.

This incident comes just a couple of days after a Macomb County roads worker was killed by a hit-and-run driver on I-94, and Bryson says tensions are running high.

He said it's dangerous out there, and near-misses are common.

"Constantly people are flying through construction zones or work areas. They're not paying attention, you know? They're angry that they have to go through a construction zone, and we get yelled at all the time,"  Bryson said. "And we just ask people to please slow down and pay attention."

Michigan State Police want to remind metro Detroiters that, under Michigan's expanded Move Over Law, drivers are required to slow down to 10 mph or less below the posted speed limit when passing an emergency, maintenance or utility vehicle that is on the side of the road.

If you're caught breaking the law, you could face a $400 fine.