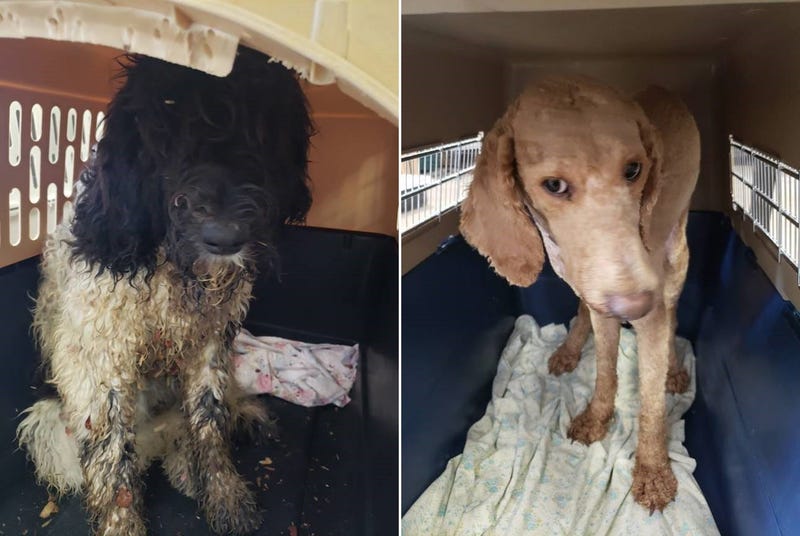 HILLSDALE (WWJ) - A puppy mill accused of running an inhumane and unsanitary puppy peddling operation in Hillsdale County has been put on notice.

State investigators allege the puppy mill owner, Paul Steury, and his associate, Peter Miller, were selling sick puppies and adult dogs to consumers and providing false documentation of the breed, age, health and vaccination records. Providing false or misleading information in connection with the sale of goods is a violation of the state’s Consumer Protection Act.

Attorney General Dana Nessel, who issued the notice late last week, said she learned of the operation through complaints referred to her department by Monroe County Animal Control and the Humane Society of the United States.

"For many Michiganders, pets are an extension of their family," Nessel said. "These puppy mill operators appear to be brazenly taking advantage of Michigan consumers and their love for animals with zero regard for the health or welfare of the dogs they're selling."

Steury and Miller are accused of:

"While every dog deserves a loving home, my office will make it a priority to protect Michigan residents from unscrupulous exploiters of pets who violate our state's consumer protection laws in an effort to line their pockets at the expense of animal welfare," Nessel said.

Steury and Miller have 10 days to provide the Department of Attorney General with assurances of voluntary compliance, which must include an immediate stop to their illegal practices.

This is the first legal action Nessel's Corporate Oversight Division has taken against a puppy mill since she announced her crackdown on puppy scams in April.

Each year, consumers in the U.S. spend more than $1 billion buying puppies without realizing they may be doing business with scammers, puppy mill operators or both. Puppy mills are inhumane, dog breeding operations that keep dogs in overcrowded and unhealthy conditions and are not regulated by the Michigan Department of Agriculture and Rural Development. Breeders hide their poor conditions by meeting buyers at offsite locations or selling through pet stores or online.