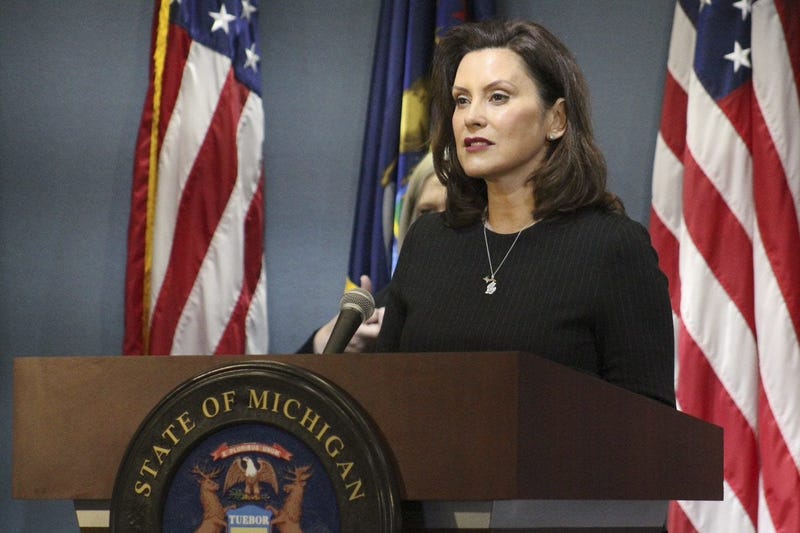 The State Supreme Court on Wednesday will hear a challenge to the governor's powers amid the COVID-19 pandemic.

The nonprofit Mackinac Center for Public Policy argues that Whitmer does not have the right to continue her Emergency Declaration without legislative approval.

"We're talking about what the reality of the situation as we speak today, and the steps that have been taken to continue to protect the health, safety and welfare of the citizens of this state," Pirich said. "Both individuals and to prevent the spread of the virus from those who are not adhering to the proper methodology; whether it be hand washing, whether it be social distancing."

Under the law being challenged, Whitmer is able to wield certain executive powers only when a State of Emergency is in effect.

Spcifically, lawsuit the court will consider Wednesday challenges whether Whitmer violated the law by unilaterally extending the State of Emergency.

Whitmer's political rivals are unhappy with some aspects of her handling of the COVID-19 pandemic, calling the governor's decisions to close some businesses "arbitrary." Republicans in the state Legislature have also complained that they haven't been involved making such decisions that affect the lives of their constituents.

Macomb County Executive Mark Hackel is also among those who have thrown their support behind the challenge to the governor, saying that "the curve has been flattened," and the pandemic is no longer an emergency.

But Pirich says: "The families who have lost relatives and friends and who have suffered through this would not agree with that statement."

Whitmer's latest State of Emergency order is set to expire Oct. 1, but the governor has said she intends to continue with the extensions while COVID-19 remains a pubic health emergency in Michigan.

Whether or not she will be able to do that will depend on what the Supreme Court rules.

On Tuesday the state health department reported one new death and 441 new confirmed cases of coronavirus in Michigan. To date, there have been 107,812 positive cases in Michigan and 6,539 deaths linked to COVID-19. A total of 80,678 of those infected are now considered officially recovered.

The latest numbers show a decline in fatalities compared to last week's numbers, and the death rate is now at 6.1% today, compared to 10% at the peak of the pandemic. Get more updated stats from the Michigan Department of Health and Human Services HERE.