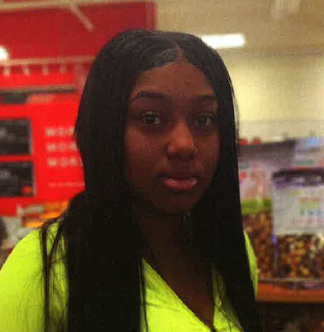 UPDATE --- Detroit police say this teen has been recovered and is back home safe as of 10/8.

(WWJ) Detroit police are asking for tips from the public to help bring a missing teenager home safe.

Reign Ross, 16, was last seen by her mother on Monday, Sept. 28 at their home in the 16900 block of Five Points St., which is near W. McNichols Rd., west of Telegraph in Detroit.

Police say Ross ran away after an argument with her mom, at around 6 p.m., and hasn't been seen since.

Ross is described as 5’9”, tall and weighing around170 lbs. She was last seen wearing a black t-shirt, green/pink leggings and Yeezy gym shoes.

Police said she is believed to be in good physical and mental condition.

Anyone who has seen this missing teen or who knows of her whereabouts is asked to call Detroit Police Department’s Eighth Precinct at 313-596-5840, or the Crime Stoppers tip line at 1-800-Speak Up. As always, those calling Crime Stoppers will remain 100% anonymous.