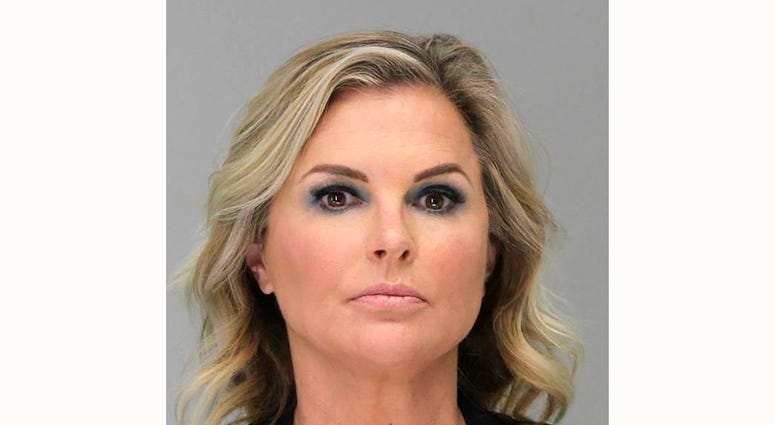 (WWJ/AP) A Texas salon owner who was jailed for opening her business during the pandemic is throwing her support behind a Michigan barber whose license was suspended.

Shelley Luther called Gov. Gretchen Whitmer a "tyrant" who will be voted out of office.

Luther was in Owosso, Michigan, on Monday — appearing with barber Karl Manke who has vowed to stay open despite Whitmer's orders.

"Bringing some Texas SASS to Michigan to help 77 yo barber, Karl Manke," Luther posted on Facebook, announcing her visit with a photo next to a Michigan welcome sign.

Luther was sentenced to jail in Texas for flouting orders intended to slow the spread of the coronavirus, but was released less than 48 hours later following public outcry.

Whitmer has defended Michigan's business restrictions as an important way to stop the spread of the virus. As part of her plan to slowly relaunch the state's economy, bars and restaurants can reopen Friday in Michigan's Upper Peninsula and northern Lower Peninsula.

However, barber shops and nail salons, which continue to be a point of contention, remain shuttered.

Manke was charged last week with a 90-day misdemeanor for violating local health department regulations and Gov. Gretchen Whitmer's executive order — one of dozens issued amid the COVID-19 pandemic.

Manke said he was a little afraid what would happen when he reopened his shop on May 4, but he just had to do it. “I’d gone six weeks without a paycheck with no money coming in. I’ve been in this business 59 years...I’m 77; I’ve always worked,” Manke told reporters.

This Thursday, a related protest is planned.

The Michigan Conservative Coalition is asking people to come together on the Capitol grounds in Lansing for "Operation Haircut," which they say takes on one of the most needed personal services shut down by  Whitmer’s "irrational and non-science based orders."