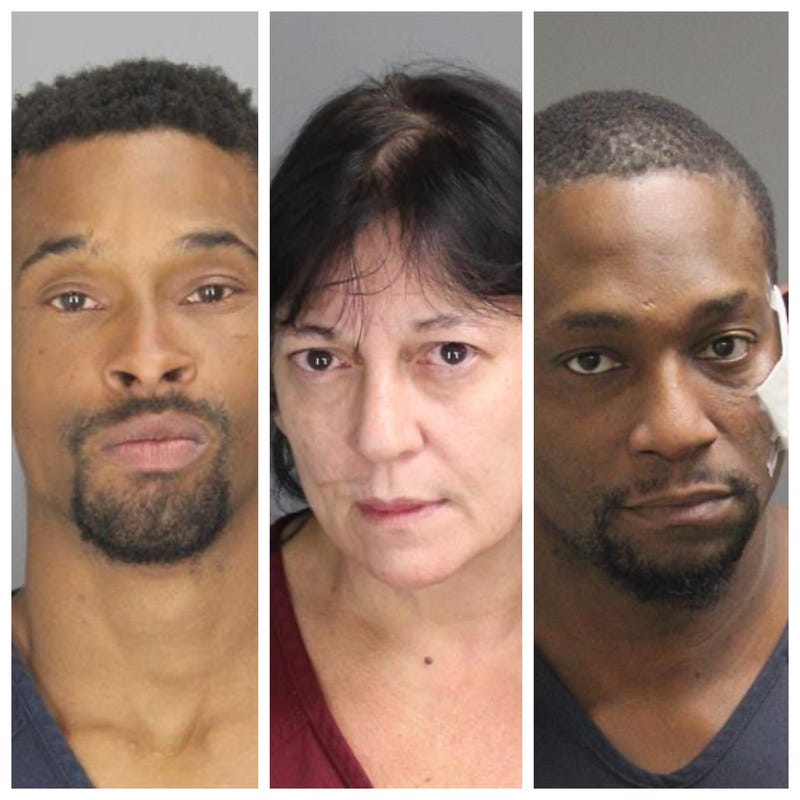 (WWJ) Two Pontiac men and a woman are facing life behind bars, in connection to the assault of a man and cutting off four of his fingers.

The Oakland County Sheriff’s Department said deputies saw an SUV drive onto the curb of the Waterford Regional Fire Department, on Pike Street near Woodward in Pontiac, on Monday just after 11 p.m.

“A male subject fell out of the vehicle and a firetruck pulled up behind the SUV,” an Oakland County Sheriff’s Department news release read. “The male was covered with blood and missing four fingers from his right hand.”

Firefighters told deputies the SUV pulled up alongside of them while on Douglas Street, and beckoned to the firefighters to follow them.

The victim, 38, began to tell deputies the grisly tale. He said he met up with a woman and her boyfriend at an apartment on Mechanic Street. Further investigation revealed the couple was planning to buy drugs from the victim.

The couple said, during the drug transaction, there was a knock on the door. Another man entered. That man assaulted the victim with a crescent wrench, slicing off four of his fingers; investigators said.  The victim told deputies the couple also beat him up. He believes the three suspects set him up for the attack.

Deputies found three of his fingers in the apartment. The fourth was reportedly kept in the woman’s purse; but investigators said she threw it “onto a grassy area” while they were running away from the scene.

Only one of his fingers could be reattached. The victim is hospitalized at the University of Michigan Hospital in Ann Arbor because of the severity of his injuries. No word on his condition.

The three suspects are in custody. The Oakland County Prosecutor’s Office has issued charges in the case.

Patrick Fredrick-Deon Leak, 40, of Pontiac was charged with Robbery Armed – Life Felony and Assault with Intent to Do Great Bodily Harm Less Then Murder – 10-year Felony. He is being held on an $85,000 bond. He has a criminal history, including a First Degree Criminal Sexual Conduct and a Weapons Violation.

Patrica Deneen Osborn, 56, of Pontiac was slapped with charges of Robbery Armed – Life Felony and Assault with Intent to Do Great Bodily Harm Less Then Murder – 10-year Felony. She is being held on a $40,000 bond. She has a criminal history of Receiving Stolen Property and Domestic Violence.

Henry Rahsaun Simms, 32, of Pontiac was charged with Robbery Armed – Life Felony and Assault with Intent to Do Great Bodily Harm Less Then Murder – 10- year Felony. He is being held on a $50,000 bond. He has also previously been charged with Domestic Violence.

They are all due back in court October 6.