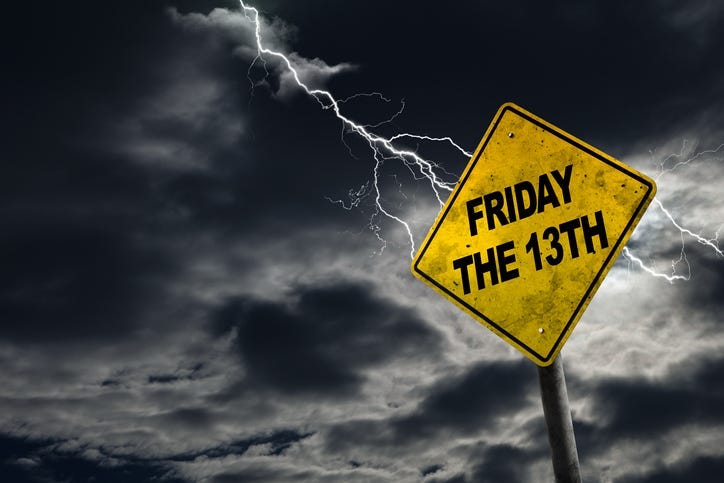 DETROIT (WWJ) - There are those among us who feel lucky on Friday the 13th — and others who take the day off, too terrified to risk venturing into public and tempting a piano to fall from the sky.

So, who is right?

An oft-cited British study published in 1993 proved that you’re more likely to be injured in a car accident on Friday the 13th, with statistics showing there were fewer cars on the road and yet more accidents. “The risk of hospital admission as a result of a transport accident may be increased by as much as 52 percent” on the 13th, the study claimed.

The problem? The study was meant as a spoof, not to be taken seriously. There are no serious studies about mishaps befalling people on Friday the 13th.

But there are plenty of suspicions. In an About.com article, Dr. Donald Dossey, a psychotherapist, says 8 percent of Americans — or 21 million total — are afraid of Friday the 13th.

And the fear goes way back.

To ancient Egyptians the number 13 symbolized death. Early Hindus believed it was unlucky for exactly 13 people to gather in one place. In the Bible, there were 13 people present at the Last Supper, with Judas as the 13th person at the table. Coincidence?

Dr. Howard Belkin, a psychiatrist in Birmingham, says superstitions let you feel you have control of your environment. If following a superstition or ritual makes you feel better, do it. However, if a superstition is ruling your life or preventing you from doing things, Belkin says you might want to talk with a mental health professional.