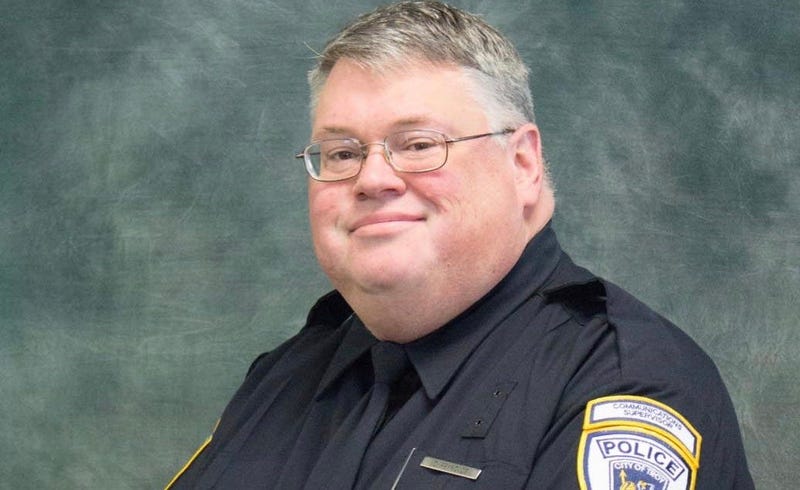 (WWJ) The Troy Police Department is mourning one of their own.

Communications Supervisor Curtis Reynolds Jr., 50, died Friday following a heart attack he suffered while on duty Saturday, which happened to be his birthday.

The Troy Police Department said in a statement on Facebook he was waiting to take over for the midnight shift when he “became unresponsive” around 7:30 a.m. that morning. Many of his colleagues performed CPR, and he was rushed to Royal Oak Beaumont Hospital.

They said he had “diminished brain activity” after the heart attack and passed away nearly a week later.

Long-standing, beloved Troy Police employee Curtis Reynolds has passed away after having a heart attack on duty last Saturday. Communications Supervisor Reynolds touches many lives and will be greatly missed — https://t.co/xweszKJII4 pic.twitter.com/bZYHqwO6MK

He started with the Department in 1991 as a Police Service Aide and worked his way through the ranks to Communications Supervisor in 1998.

“Curtis embodied the calm, competent presence that skilled dispatchers provide to citizens and officers as well,” the statement read. “In May 2009, Curtis received a Departmental Commendation for such a response to a domestic violence incident involving an armed and suicidal subject.

On February 20, 2018, Curtis was supervising the Communications Section when a barricaded gunman incident occurred at house on Brooklawn. Curtis managed communications during this long incident that resulted in peaceful resolution. He was lauded for his “decisive and calm demeanor.”

He also played a key role in training new employees over the years.

He is survived by his three children and his parents. His father is a retired lieutenant of the Troy Police Department. A GoFundMe has been set up to support his children, and to help his family with funeral and medical costs.

“Curtis will be greatly missed by many,” The Department said. “His positive impact on the Troy community, his coworkers, friends and family will be long lasting.”