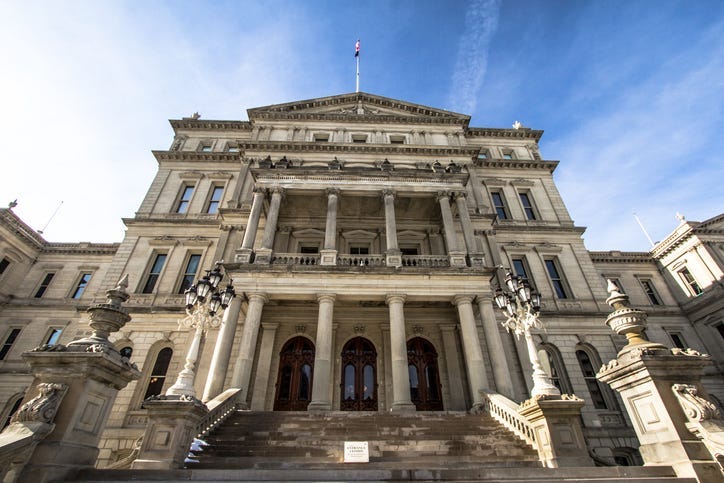 (WWJ) Three protesters were removed from the House gallery in Lansing Wednesday morning, after refusing orders to leave.

The trio is part of a group called Michigan United for Liberty, according to MIRS News Service, and were there to protest Gov. Gretchen Whitmer's recent executive orders amid the COVID-19 pandemic.

Video of three members of Michigan United for Liberty prior to being removed. pic.twitter.com/RpRm2UEu6a

One woman, identified in reports as Wendy Darling, told a sergeant she was allowed be there — in an area reserved for reporters.

In a second video clip, the woman is heard screaming as she is removed. **Note: The video below is unedited and contains profanity.

Protestors forcefully removed from House gallery, which is closed to public today to allow for space to be given to members and press. pic.twitter.com/3ZVsa13oik

The protester later claimed she was "assaulted." MIRS reported she left on a stretcher, complaining of arm and neck pain.

A spokesman for the House Speaker said the area was closed Wednesday to allow legislators and the media covering the votes to socially distance safely. Visitors to the Capitol have a viewing room set up in the Speaker’s Library just outside.

The doors of the gallery were locked after the protesters were removed.