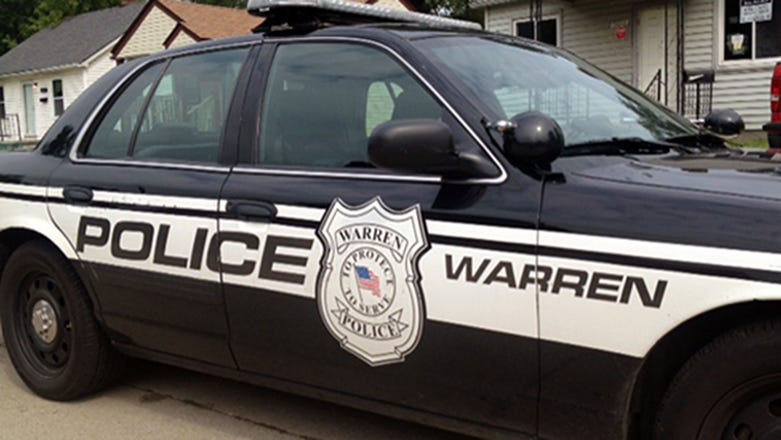 (WWJ)  A black delivery driver subdued and arrested by a white Warren police officer is out on personal bond, but faces possible felony charges for resisting and obstructing arrest.

Warren police will recommend charges for the Amazon delivery driver who allegedly failed to provided his identification nearly a dozen times when asked, and got into a struggle with officers. The 23-year-old from Detroit is expected to be charged with resisting and obstructing a police officer, as well as refusing to show ID, Police Commissioner Bill Dwyer said.

This comes after the Warren Police Department on Tuesday launched an investigation into the incident in a Warren subdivision, Tuesday afternoon.

Dwyer said the officer approached the driver because his truck was parked illegally, facing the wrong direction on the street. Dwyer said police had received a number of complaints involving Amazon delivery trucks in the area.

At that point, Dwyer said, the young man was handcuffed and arrested.

Cell phone video shows the white officer on top of the driver, who was on the ground.

Dwyer said the officer did not use excessive force, and that video from the officer's motorcycle shows what happened.

The office involved has been placed on paid administrative leave while the department continued to look into the incident.

Dwyer said there has been a rush to judgement about the incident.

"You know, this happened at 2 o'clock yesterday afternoon," Dwyer said. "By 5 o'clock our internal affairs division was out in the neighborhood investigating. I mean, you have to give us credit for moving quickly on any type of incident that happens."

In a statement, Amazon made it clear the company does not believe their employee was treated fairly.

“We see what others see in these videos, and it’s unacceptable," Amazon spokesperson Deborah Bass said. "We expect a swift investigation and full accountability for those involved. Amazon will deploy all necessary resources to investigate the matter with our Delivery Service Provider, as well as to represent and support the driver.”

On Tuesday, Warren Mayor Jim Fouts called for the officer's immediate dismissal, but walked that back after Dwyer asked that an investigation first be completed to allow the officer due process.

"There was an outrageous and unacceptable physical altercation with a Warren Police officer involving a young African American delivery man for Amazon to a Warren home today," Fouts wrote, in a since-deleted Facebook post.

"I have spoken with Police Commissioner Bill Dwyer and have ordered that this officer be terminated immediately. I have zero tolerance for this disgusting act against an innocent person. If the last two weeks have taught us anything, it is that bad behavior by ANY police officer will not be tolerated! And I'm calling on the Macomb County Prosecutor to look into this situation to see if charges should be brought against this individual and the U.S. Attorney if this was a civil rights violation.

"The policy of the Warren Police Department and the training provided to every officer is to deescalate every situation. This officer did not follow policy or his training and is not fit to serve the citizens in Warren."

Dwyer said there were no injuries.

All of this comes amid a backdrop of tension and protests in metro Detroit and nationwide following the killing of George Floyd by police in Minneapolis, Minnesota. Several officers have been charged in that case, including the one seen on video kneeling on Floyd's neck.