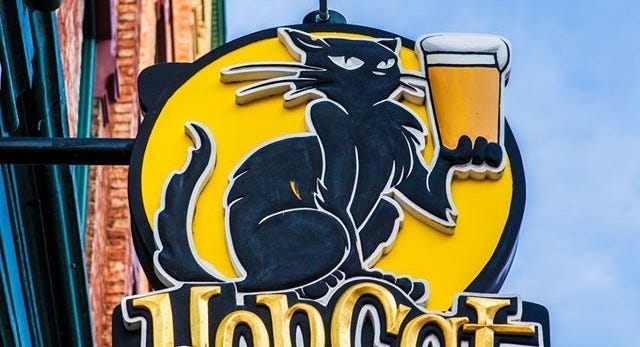 (WWJ) Get ready for some Cosmik fries and your favorite craft beer.

HopCat announced in a Facebook post they would reopen their Detroit location later this month despite their parent company BarFly filing for bankruptcy to “restructure debt.”

HopCat founder, Mark Sellers, crafted an emotional, but joyful post to customers to share the news. They have been closed since March because of the pandemic.

“Regardless of what industry you’re in or whether or not you drink craft beer—this has been a really, REALLY tough time for us all,” Sellers wrote. “Like some sort of dystopian novel. But this is our new reality.”

He said the company had to lay off numerous employees and “negotiate with banks and landlords.” HopCat also got evicted from its Royal Oak location.

“But there is a light at the end of this dystopian tunnel. A light that started as a tiny sliver in the distance about a month ago and is getting brighter every day,” Sellers said.

“Most” of the employees will come back to work, according to Sellers.

“We. Have. Survived,” he wrote. “Wounded. Battered, maybe a little punch drunk (or is it the Huma?)—but we’re still standing.”

HopCat Detroit is slated to reopen for indoor dining on Saturday, June 13. Social distancing and safety measures will be in place; according to Sellers.

He said they have “reorganized” their dining rooms to create more space between diners.  Curbside pickup will also be offered.

However, the core of HopCat and its mission will remain unchanged: “HopCat is a bar. It’s always been a place where people gather to have fun. To relax and socialize. That’s why it exists. That’s why it was created.”

Sellers signed off by asking all customers to wear a mask.

“You rock!” he told his loyal customers. “I love you!”

Governor Gretchen Whitmer is allowing restaurants to reopen for indoor dining on June 8 at half capacity. All servers will be required to wear masks under the Governor’s order.