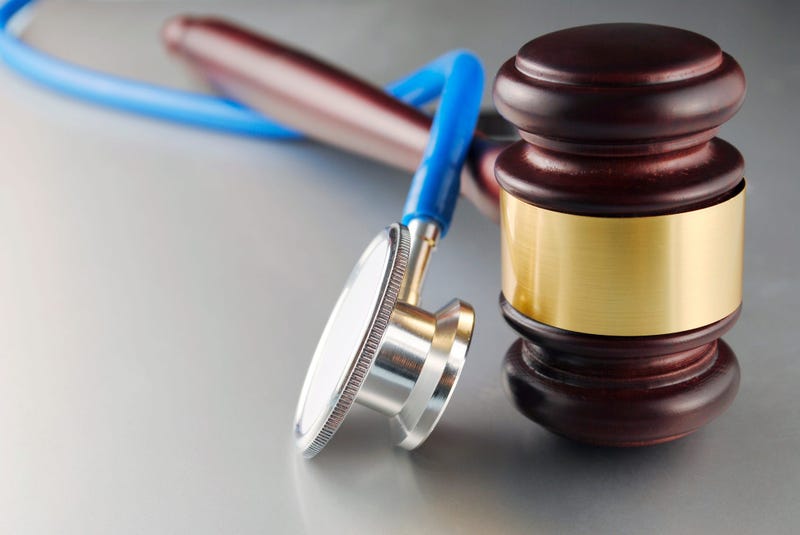 (WWJ) An Oakland County doctor has been indicted on charges of illegally prescribing drugs — in one instance resulting in the death of a patient.

Dr. Scott Henry Cooper, 58, of West Bloomfield, is accused of writing more than 20,000 prescriptions for dangerous drugs that were not medically necessary, and were sometimes without examining a patient at all.

The indictment alleges that Cooper prescribed dangerous combinations of controlled drugs, including multiple central nervous system (CNS) depressants such as oxycodone, Xanax and Soma. This sought-after combination is referred to on the street as the “trinity," according to the U.S. Attorney's Office.

Cooper is also alleged to have ignored warning signs that his patients were addicted or selling the drugs,

And in June of 2015, one of Cooper's patient died of a methadone overdose the day after it's alleged Cooper prescribed him 478 methadone pills.

“Doctors who provide prescription drugs to people for no legitimate medical reason are fueling the opioid epidemic in Michigan,” said U.S. Attorney Mathew Schneider, in a statement. “This case should serve as a message to doctors who choose profit over their pledge to do no harm – we are focusing our law enforcement attention on you and we will do everything we can to bring you to justice.”

Authorities say the street value of the pills prescribed by Cooper defendant between March 31, 2014 and December 31, 2018 was in excess of $5.5 million.

“Prescription drug misuse and abuse leads to addiction, suffering, and in too many unfortunate occasions death,” said DEA Special Agent in Charge Keith Martin. “While the vast majority of doctors provide legitimate health care, some choose toviolate their oath and the law. DEA and our law enforcement partners will continue to identify and investigate medical professionals who engage in the criminal distribution of prescription drugs.”