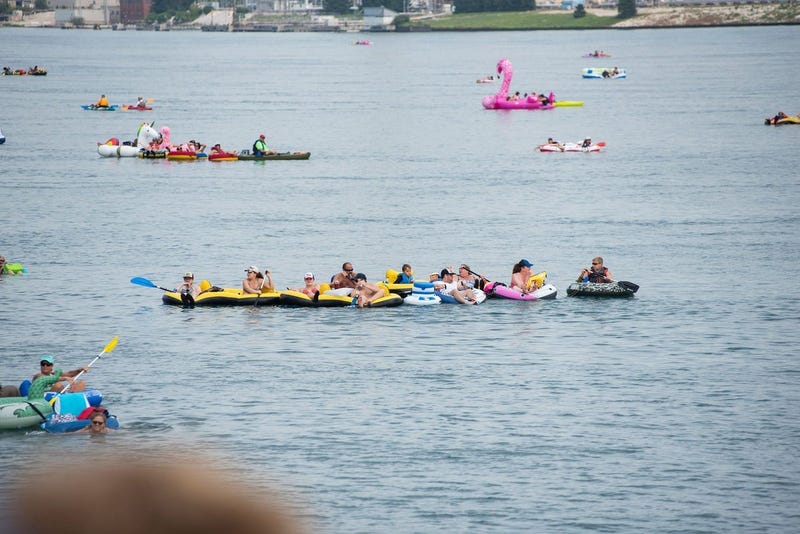 (WWJ)  The annual Port Huron Float Down is this Sunday, but officials on both sides of the St. Clair River are urging people to stay home.

U.S. Coast Guard Lt. Jeremia Schiessel says he expects fewer people, but says many will still go and they'll do what they can to keep people out of Canadian waters.

As much as they would prefer people to stay safe at home amid a pandemic, Schiessel said officials know, "we're gonna have boats out there."

To keep participants as protected as possible, he added they've got a plan.

"We've basically divided up the river so we can locate people," he said.

The raft off event traditionally draws thousands of participants, and has made headlines, especially in 2016 when roughly 1,500 participants were blown into Canada. At the time, the wayward Americans were just escorted back home, but this time Canadian officials told the Port Huron Times Herald, they won't go as easy.

Canadian officials are warning of a $750,000 fine or six months in jail for people who float into Canada.

Officials are also urging people who join the annual event to maintain social distancing so it doesn't become the source of a coronavirus outbreak.