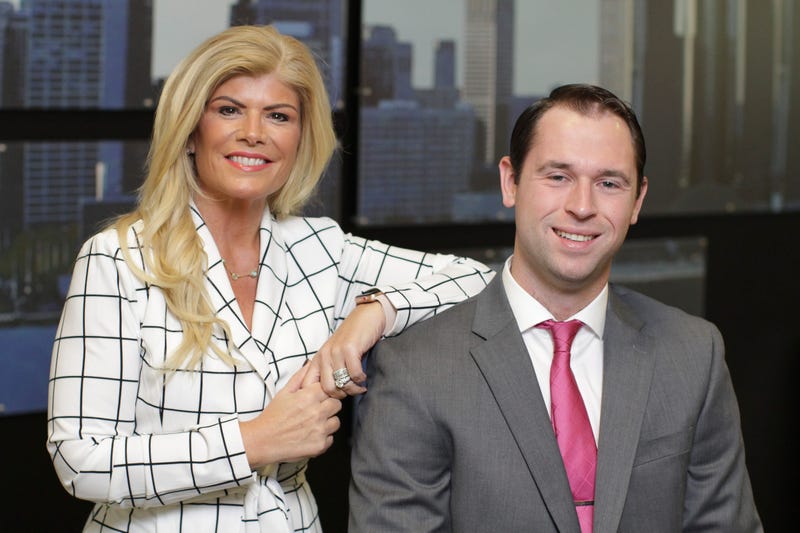 (WWJ) A talent shuffle was announced at WWJ Newsradio on Monday that landed on-air hosts Jackie Paige and Jason Scott as the new afternoon drive team, effective December 9. Paige and Scott will be heard weekdays from 2 -7 p.m. ET on air and through the digital stream on RADIO.COM.

Current afternoon drive host Brooke Allen will move to middays, anchoring 10 a.m.-2 p.m. Allen will also focus on special projects including her “Difference Maker” feature, which highlights people helping others in the community.

“WWJ prides itself in being a reliable and trusted news source and this revamped lineup will allow us to better serve our listeners,” said Debbie Kenyon, Senior Vice President and Market Manager of Entercom Detroit. “Jackie and Jason’s passion for live and local news reporting will connect with listeners across metro Detroit and all of Michigan, while Brooke’s rapport with her audience will help our midday timeslot reach new heights.”

Paige has served as the station’s midday host since 2013. She has also served as an anchor for the market’s FOX television affiliate WJBK-TV. Scott has most recently held the role of evening drive on-air host for WWJ News Radio 950 since 2018.

Temporary Programming **A new host will be announced in early 2020.

Listeners can tune in to WWJ News Radio 950 (WWJ-AM) in Detroit on air, as well as nationwide on the RADIO.COM app and website. Listen on a phone, desktop, Roku or any smart home device. Fans can also connect with the station on social media via Twitter, Facebook and Instagram.

WWJ News Radio 950 is a RADIO.COM station. RADIO.COM, the fastest growing digital audio app in the United States and the leader in local sports coverage, currently has over 500 stations and thousands of podcasts, with more added continuously on its rapidly growing platform. RADIO.COM is a part of Entercom.