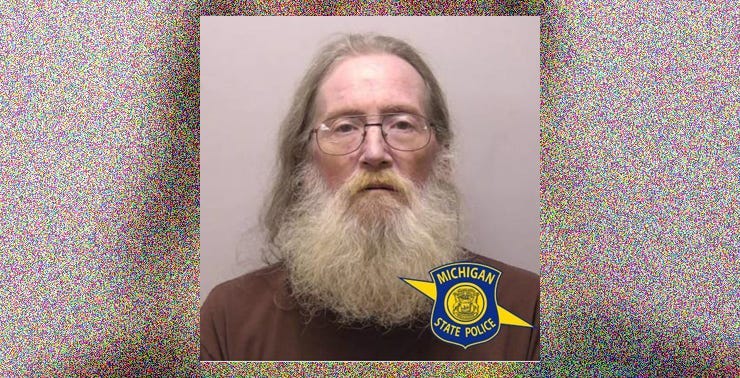 TRAVERSE CITY, Mich. (WWJ) - A 53-year-old old man is facing multiple charges after he was caught walking around half-naked Up North.

Michigan State Police say a trooper was on patrol on Division Street in Traverse City, at around 10:45 a.m. last Friday when he came across James Colson, who was naked from the waist down.

Colson was stopping cars in the roadway, police said, slamming his hands on the hoods of vehicles. When the trooper asked the man to stop, he "refused to follow commands and became verbally abusive," police said.

The pantsless man allegedly tried to get away as the trooper tried to arrested him, and had to be physically subdued until a Traverse City Police Officer arrived to assist with handcuffing.

Colson, identified as a Traverse City resident with a criminal history, was taken to Munson Medical Center for evaluation and later released.

The case was sent to the Grand Traverse Prosecutor's Office who issued a felony warrant changing Colson with indecent exposure, resisting and obstruction a police officer and habitual offender.

He was arrested on July 22, lodged in the Grand Traverse County Jail and arraigned in the 86th District Court Tuesday.