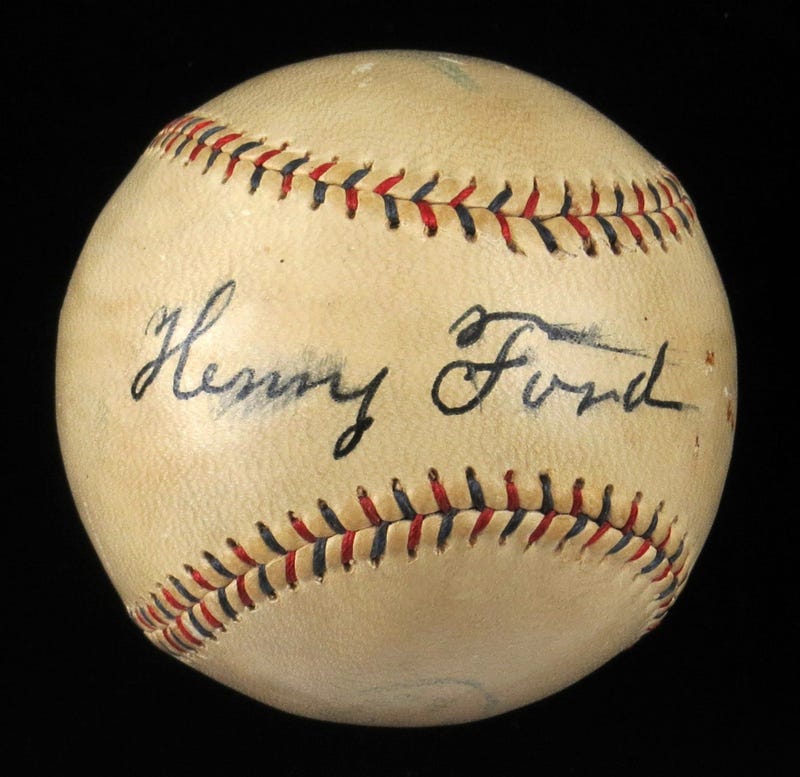 A baseball signed by Henry Ford sold for a record $23,985 with the buyer's premium at Huggins & Scott Auctions. It was just the second baseball signed by Ford to be offered at auction. In 2016, a Ford signed baseball sold for $15,000.   The Ford Motor Company had custom-made baseballs produced for A Century of Progress International Exposition World’s Fair in 1933-1934, which was held in Chicago to commemorate the city’s centennial. The baseballs featured the "1903 Ford 1933 Safety Glass Exhibit" logo as well as an art deco “V8” logo promoting the V8 engine the Ford Motor Company introduced the previous year.  The Safety Glass Exhibit was considered one of the highlights of the World’s Fair. Visitors entered a screen-enclosed tunnel and threw baseballs aiming at a glass target. The ball would ricochet off the shatter-proof glass. Anyone who threw a ball at the exhibit received a commemorative good luck coin that read, “Safety Glass Sharpshooter.” Engraved on the coin was an image of a baseball hitting the Safety Glass.Henry Ford signed the World Fair’s commemorative baseballs for students at the Ford Trade School in New York City on December 16, 1933.