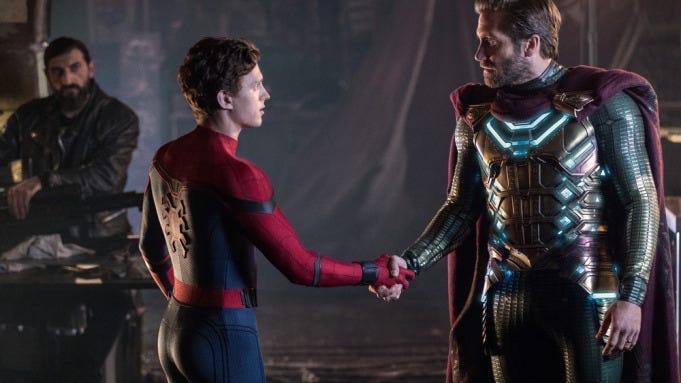 In Spider-Man: Far From Home, we find our friendly, neighborhood Spider-Man in unfamiliar territory.  He's in Europe, with his classmates, on a school trip.  Before leaving however, Iron Man's friend, Happy Hogan, shows up at Peter's house to deliver a message: Nick Fury is looking for him.  But, Peter isn't the least bit interested.  So, even though Fury has tried repeatedly to reach Peter on his cell phone, Peter doesn't answer.  He just wants to go on vacation with his friends.

But, when you're Nick Fury, you don't like being ignored.  So, Peter is surprised when Fury shows up unexpectedly with a message for Peter: there's a new threat facing Earth and they need to deal with it immediately.

While Spider-Man doesn't feel like he's up to the task, a new superhero, Quentin Beck AKA Mysterio, is more than happy to step in and deal with the creatures, known as Elementals.  Beck becomes a friend to Peter, who is happy to have Beck on his side so he can enjoy his trip.  He's really trying to spend more time with MJ, for whom he's carrying a huge crush.  But, just when Peter thinks he's in the clear and can be just a regular teenager, he gets a big surprise.  In order to get Peter to leave Venice and head to Prague to take on one of the elementals, Fury has been working behind the scenes to "upgrade" Peter's school trip.  And, since Peter has told Fury that he couldn't leave without his friends and teachers getting suspicious, the entire class ends up going to Prague as well.

In Spider-Man: Far From Home, Spidey doesn't have any of the other Avengers to rely on. He's on his own.  So, since he just wants to be a kid again, he ends up making a very big mistake; one that he learns to regret.

I really enjoyed this movie, which didn't disappoint one bit.  And as you'll be able to tell from the ending -- which MCU fans know doesn't arrive until after the final end credits wrap up, there's lots more to come -- and trust me -- it's going to be a big surprise! 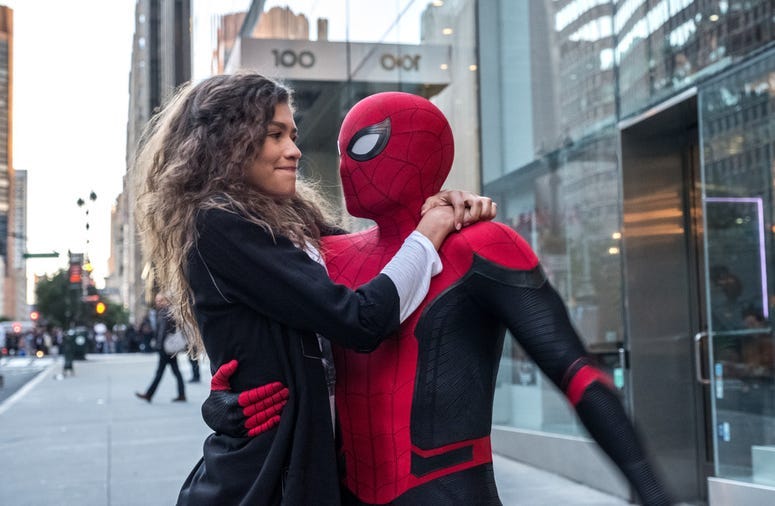