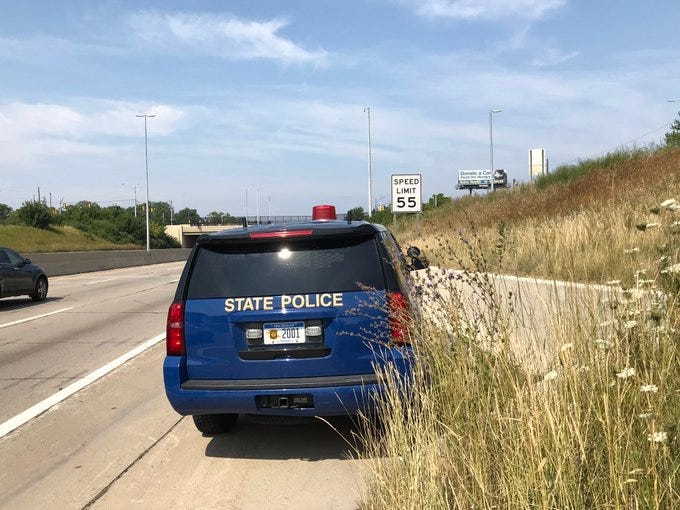 Michigan State Police are on patrol Monday, cracking down on speeders and others violating traffic laws on I-96 and M-10, the Lodge Freeway.

"Psst! It is really 55 mph! And we are really out here!," reads a tweet by MSP Metro Detroit, accompanied by a pair of photos: One showing an MSP vehicle parked on the side of the Lodge, and another showing a motorcycle trooper who'd made a traffic stop.

State Police said they would continue Monday with what they call "Operation Freeway of Love," expanding the crackdown to include the entire Lodge, from downtown Detroit to 8 Mile Road. "We will be looking at excessive speed, seatbelts, following too closely and other aggressive driving behavior," police said.

Meanwhile, MSP said troopers would continue an increased traffic presence on I-96 near Middlebelt dubbed "Operation Westside." Monday afternoon. Police said they'd be using traffic units to "look for those drivers that are more likely to cause a traffic crash."

This heads up from the cops comes after more than 200 tickets were written by troppers on The Lodge last Thursday, a majority of them for speeding. One driver was caught allegedly going 97 mph.