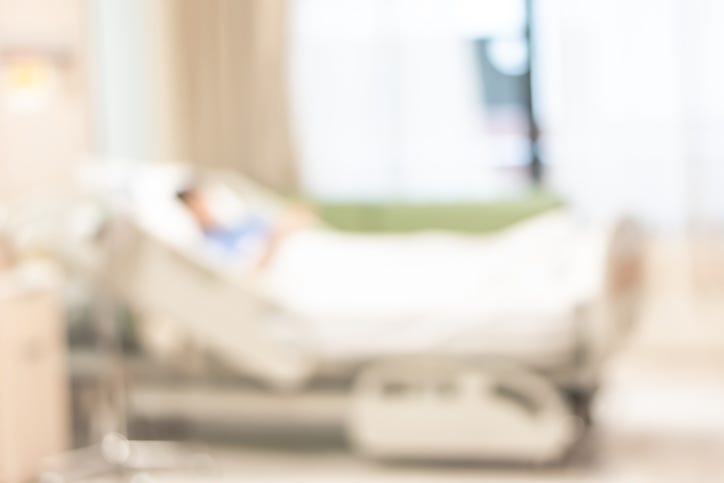 (WWJ) A 2-month-old infant in Michigan became the youngest person ever in the state to die from coronavirus, per the Michigan Department of Health and Human Services.

And a vocal segment of the Internet didn't believe it.

Hundreds of people shared a post from a woman who claimed to be the unidentified child's mother where she called the state's announcement fake news.

This woman has since deleted the post and changed her name on social media, but still people are sharing screenshots of her post all over the internet in a bid to "prove" that COVID-19 numbers are being skewed by the government in general and Michigan in particular.

When contacted under her new social media name by WWJ to clarify the post, the woman said only, "please leave my family alone. Thank you." A woman with the same name posted a Go Fund Me asking for $10,000 for an infant's funeral expenses. In that post, she outlines the short and tragic life of a boy who was born with an ailment and died suddenly of a perforated bowel.

"I so greatly wish I was holding him now than holding this computer and typing through these tears," she wrote on Go Fund Me.

Yahoo News identified the 2-month-old who died from COVID as a girl from Lansing, though WWJ has not been able to independently confirm those details.

The state health department never named the child who died or gave a gender or location of death, but a spokesman did reaffirm Friday that a 2-month-old died of COVID-19 recently in Michigan. They would say nothing further about this claim they were faking this to gin up the coronavirus numbers. The governor's office also refused to comment beyond the fact of death.

WWJ's Facebook page was flooded with the screenshot from the alleged mother and angry comments.

"Provide some information DHHS.. otherwise this was a "died WITH covid" or "presumptive covid" death and the baby died from something else (most likely an unrelated birth defect)," Rich Jackson wrote.

Some believed the woman was confused about which death the state was reporting.

"Unfortunately I think she received bad information that led her to believe these reports were about her son, when they were in reference to a different child entirely. My heart breaks that they had unnecessary stress added to them during this heartbreaking time for them. To both families actually," Kristina Johnson wrote.

The state did not respond to any of the remarks or questions though in their initial release, they wrote, “Our thoughts are with the family, which has experienced a terrible loss. It is a sad reminder that children are not immune from COVID-19.”

The youngest case in the state previous to this was a 5-year-old Detroit girl who died of the virus. The child of firefighters, Skylar Herbert lost her battle at only 5 years old. Her source of infection was unknown, with no one else in her family testing positive.

Nationally, the American Academy of Pediatrics reported more than 549,000 cases of COVID-19 among children as of September 10. Overall, children represent 10% of all COVID-19 cases.