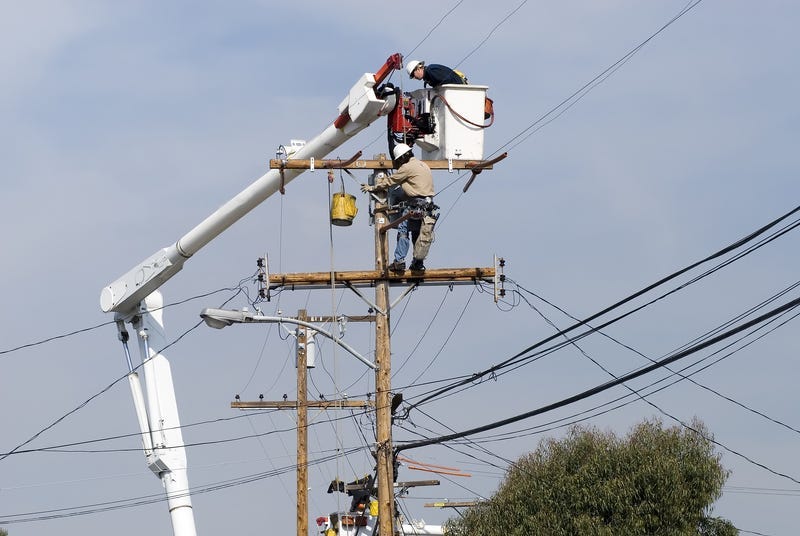 WWJ -- Thousands of Metro Detroiters were without power Thursday night, as high winds moved through the area.

DTE Energy reported more than 10,000 customers were without power in the area, with wind damage to blame for many of the outages.

Our crews are ready to respond to any outages as soon as conditions are safe. https://t.co/GUyWB8dVvH

The largest area without power was near Gratiot Avenue and 8 Mile Road in northeast Detroit, as more than 4,000 customers were left in the dark.

A Wind Advisory was in effect for Southeast Michigan, with wind gusts of up to 45 mph were reported across the area. The advisory will remain in effect until 10 a.m. Friday.

Peak wind gusts so far across southeast Michigan have been up to 45-50 mph. Gusts around 45 mph will continue the rest of tonight. #miwx pic.twitter.com/vWNql1RvHy

Other areas impacted by the outage included Farmington Hills -- where more than 3,000 were without power -- Milford and Bloomfield Hills.

DTE did not provide estimates of when power would be restored to some areas, but did say the area in northeast Detroit could expect to see power again before 1 a.m.

Check DTE's outage map for the latest on restoration estimates and stay tuned to Newsradio 950 for updates. >>> LISTEN HERE