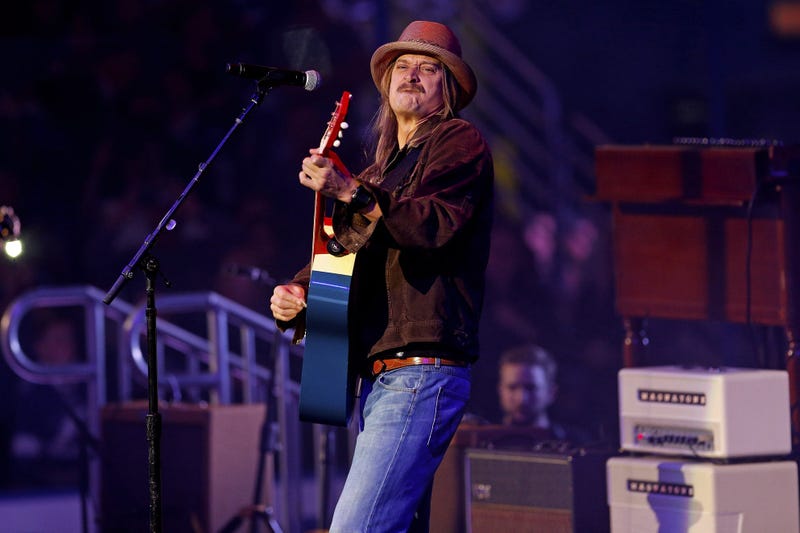 The duo is scheduled to speak at 7 p.m. at Bumpers Landing Boat Club in Harrison Township, 31970 North River Road, according to an announcement from Donald J. Trump for President, Inc.

Besides Rock, a native of Macomb County, the rally will feature Kimberly Guilfoyle, Trump Jr.'s girlfriend who gained even more notoriety at the Republican National Convention for a passionate speech.

The ‘Make America Great Again!’ event is among several being hosted by Trump Jr. Kid Rock has been avid in his support of the senior Trump, and even pictured himself golfing with the president.

Rock also made headlines for touring the White House in 2017 with Sarah Palin and Ted Nugent.

This marks the third time in a week that either the candidates themselves or top representatives made a trip through Michigan. A fourth is planned when Joe Biden's wife Dr. Jill Biden makes a stop tomorrow in west Michigan.

The Trump/Kid Rock rally is free for attendees, but people are asked to register. Two tickets per mobile number is permitted. All tickets are subject to first come first serve basis. Order them HERE.