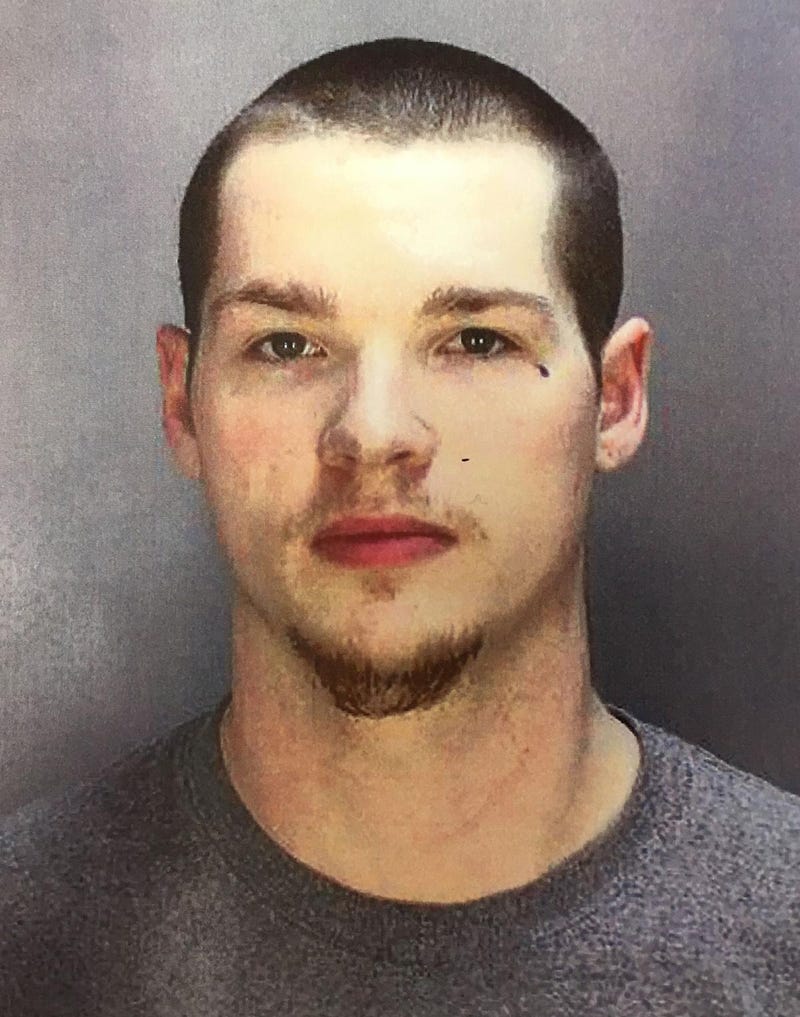 (WWJ) He appears to have had a carefully curated social media image, a job he bragged about, preppy clothes and a sharp haircut.

That image is gone after Alexander Gerth, 22, of Utica, was charged with adopting a 2-year-old dog from the Michigan Humane Society, beating him, burning his face with cigarettes, eventually stabbing him numerous times and leaving him to die in a Utica park.

The preppy selfies of accused stabber Gerth are now being used to post hundreds, if not thousands, of threats.

Gerth appeared in court yesterday on a charge of killing/torturing an animal. He allegedly stabbed his two-year-old mixed breed dog named Sterling to death before leaving him under a Grant Park picnic table in sub-zero temperatures. A trail of blood led to his body.

The Humane Society initially denied Gerth when he tried to adopt Sterling because of his living situation, so he reportedly convinced his friend to adopt Sterling and hand him over. After Sterling's body was found, a friend turned Gerth in and allegedly reported he had been beating the dog. Photos are circulating of Sterling with his face covered in cigarette burns that someone took while the handsome green-eyed pooch was alive. Police have not yet identified any of the people who seemingly knew about the abuse but did not report it to authorities.

Gerth's social media posts ran until a month ago, and none of the photos feature the dog he adopted. In one selfie, he gets compliments for being handsome, and he responds with complaints about his face breaking out.

Gerth's latest post is an announcement of a new job from a month ago at Proud Build Construction, a roofing company in Warren. The company's phones were not operating Friday.

Since his arrest, that post has garnered 1,200 comments, almost all threatening. Numerous comments are just photos of a cocked gun at point blank range.

Most are variations on the same theme: He should kill himself, or someone in prison should do the job. They hope he gets raped, they hope what he allegedly did the dog happens to him. Karma is a bitch.

Macomb County Prosecutor has not responded to questions about the threats.

TRIGGER WARNING: THE LANGUAGE IS VERY STRONG AND THREATS GRAPHIC

Some on social media are urging people to destroy his family and friends, posting their names and links to their accounts over and over.

People are also peppering his girlfriend's social media profiles, photos, and messages claiming she knew what was happening and needs to be charged as well; Prosecutors have only charged Gerth.

Sounding a note of caution, Denise Cain Bari commented on the post, "For everyone who is commenting on this page, you obviously support harsh punishment for animal abusers. Please take a moment to search and join the Justice for Ponce Facebook page. And please sign the petition! The founder of the page has done an amazing job of helping pass Ponces Law in Florida. It’s much more constructive than bullying the subhuman who killed poor Sterling."

She promoted a page called "Justice For Sterling" where members urge harsher laws and stiffer punishments for people who abuse dogs.

Others said members of his family had posted messages of support, and then deleted them after the furious reaction.

As for Gerth himself,  a cruelty investigator for the Michigan Humane Society labeled the abuse the dog endured "sickening," according to the Macomb Daily.

"This wasn't a heat-of-the-moment situation," Elise Ramsey, manager of field services for the Detroit office of the Humane Society said. "It was disturbing, methodical and premeditated. It was an exhausting encounter. This took time to do."

Gerth faces a four-year felony, and Smith says there will be no plea bargaining in the case. He is being held in the Macomb County Jail on a $25,000 bond. He's also on federal probation, convicted of bank robbery in southern Illinois in 2014 when he was 18.