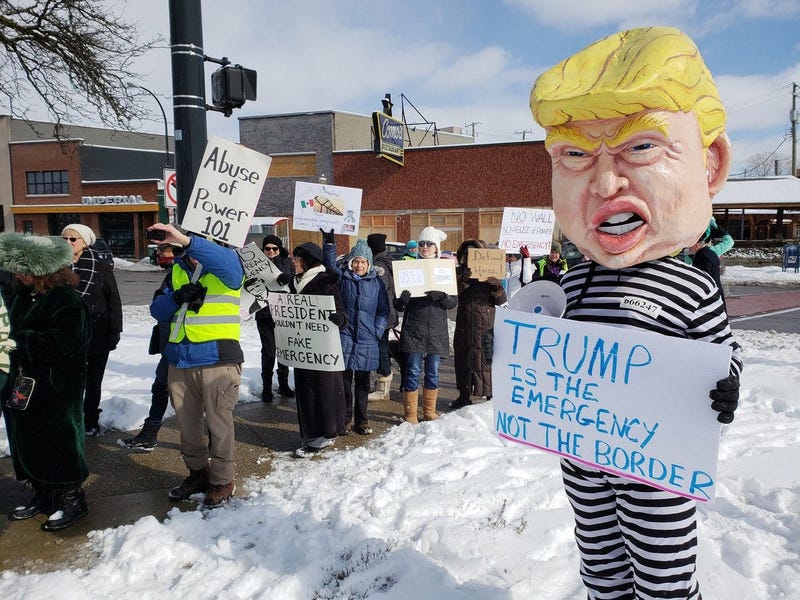 Remember Steve Bannon? One of Donald Trump's most high-profile backers has returned to the news and this time he'll be in Detroit.

Bannon is headlining an event called "We Build The Wall" at Cobo Center tonight. Doors open at 5:30 p.m. and the program will begin at 7 p.m. Other speakers include Kris Kobach, David Clarke and Brian Kolfage.

The goal is to rally support for Trump's proposed expanded border wall along the U.S. - Mexico border, an issue that has divided Americans. Democrats and other opponents say there are better high-tech ways to protect borders including drones, expanded intelligence, and more boots on the ground. Some fear racism is behind the wall imagery, others believe it's a common sense solution to protecting the border.

Bannon himself is a catalyst for division, and according to Metro Times, Cobo Center has hired 18 Detroit police officers to keep peace after organizers said they expected 1,000 to 2,000 supporters.

Protesters could number more than 100, some believe.

On the other hand, while Bannon trumpets his own power his first two town halls "drew fewer than 300 people, and no violence was reported," Metro Times wrote. His camp said 1,700 tickets were claimed for an event in Cincinnati, while observers said the crowd held about 200 people.

The Detroit event is free, but advance registration is required. Get tickets here.