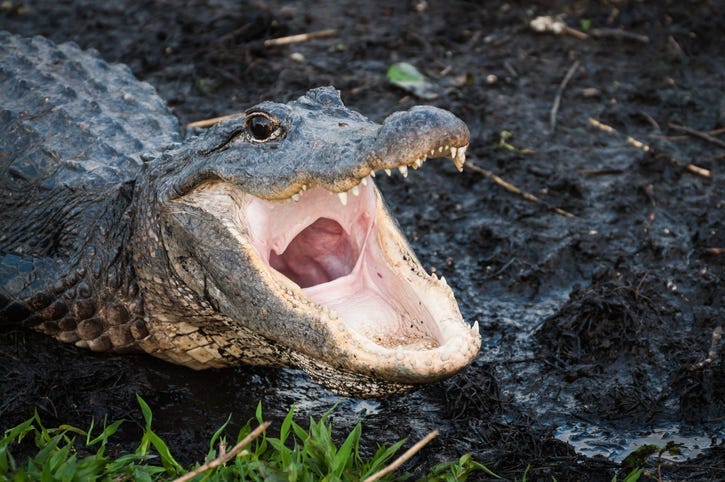 That's one woman's panicked play-by-play when she looked out the front window of her Florida home and saw two alligators circling each other like boxers in a ring. One clamped his mighty jaws on the other's neck.

The woman discovered the fighting Gators when she heard what sounded like knocking on the front door of her Ft. Myers, Fla., home. She opened the door to discovered one gator had pinned the other's snout against the door in their melee.

Geshel told the Ft. Myers News-Press the alligators were on her property for about 20 minutes before they ambled away. She saw one of the Gators cross the street to a neighbor's house. She told the newspaper she didn’t see where the other alligator went but it may have gone to a pond near the area.

One thing she knows for sure:  “They made a mess on the front door,” Geshel said.

The Ft. Myers newspaper talked to a local wildlife expert who said the fighting is a common reaction to two alligators ending up in a confined space.