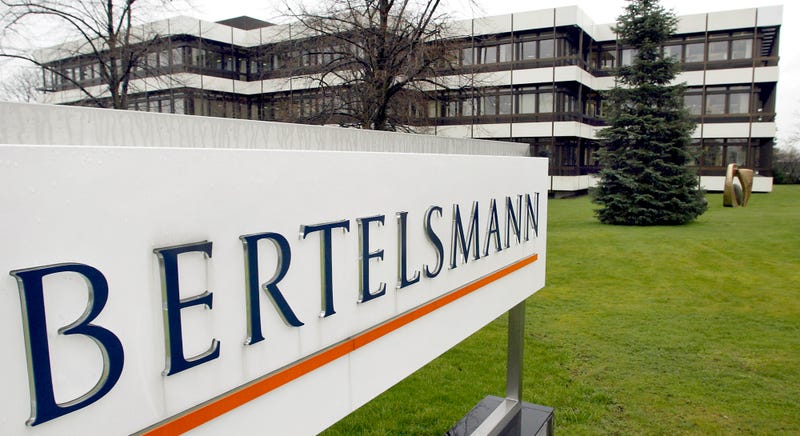 “Simon & Schuster strengthens Bertelsmann’s footprint globally, and (particularly) in the U.S., its second-largest market,” the Guetersloh, Germany-based company said in a statement.

The purchase of Simon & Schuster would reduce the so-called Big Five of American publishing — which also includes HarperCollins, Hachette Book Group and Macmillan — to four.

The companies said the deal is expected to close in 2021, subject to regulatory approval. No U.S. publisher in modern times would approach the power of the new company. ViacomCBS said Bertelsmann will pay a termination fee if the deal fails due to regulatory reasons.

Agents and authors often worry that a concentration of power in publishing could mean less competition for book deals, and lower advances.

The Authors Guild, a writers' organization, said Wednesday that it opposed the sale because it would hurt competition, making it more difficult for authors and agents to negotiate with publishers. It said the U.S. Department of Justice should challenge it.

The department did not immediately return a request for comment.

“As an organization of writers it’s important to us that the publishing industry (thrives), and that there be multiple, robust outlets to bring the widest variety of books to audiences,” said Suzanne Nossel, the CEO of PEN America. “To the extent that efficiencies are garnered through consolidation, it is our hope that they are a catalyst to enable greater investment in authors, books, and outreach to readers.”

Bertelsmann's rival News Corp., which owns HarperCollins, also slammed the deal. “Bertelsmann is not just buying a book publisher, but buying market dominance as a book behemoth,” said News Corp Chief Executive Robert Thomson said in a statement. “This literary leviathan would have 70% of the U.S. literary and general fiction market."

Under the new company, authors would range from John Grisham and Stephen King to Barack Obama and Bill Clinton. Every living former or current American president, from Jimmy Carter to Donald Trump, will have published a book with the new company. So will first ladies such as Barbara Bush, Hillary Clinton, Laura Bush and Michelle Obama.

Dohle declined to say whether there would be any layoffs, saying it was too soon to speculate.

The German conglomerate, which was founded in 1835 and also owns a broad portfolio of broadcast, music and online businesses, has been the sole owner of Penguin Random House since April.

ViacomCBS put up Simon & Schuster, founded in 1924, for sale earlier this year as the entertainment company tries to sell off “non-core assets” to pay down debt, please shareholders with dividends and stock buybacks, and invest in streaming.

ViacomCBS owns cable networks Nickelodeon, MTV, BET and Comedy Central as well as broadcast network CBS and movie studio Paramount. It is trying to navigate consumers’ shift from watching live TV on a television set to streaming shows and movies on the internet.