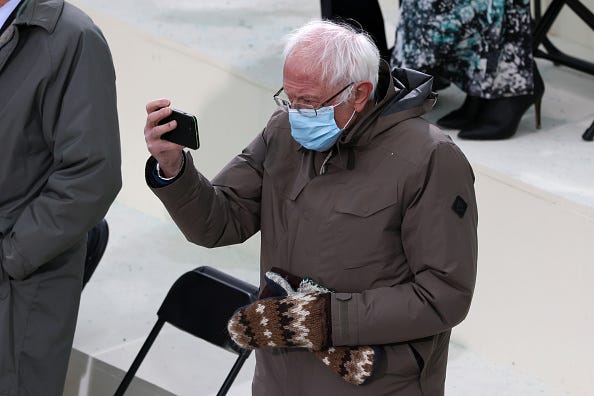 One Twitter user nailed it with this: Bernie Sanders attended the inauguration of Joe Biden like it was one of the things he was doing today ... but not the only thing.

Sanders drew eyeballs with an exceptionally cozy look. He paired giant patterned mittens that were obviously handmade with a puffy olive drab coat made for the masses. Nothing bespoke to see here.

A photo is going viral of the esteemed senator from Vermont hugging himself close in all his outdoor gear. He was one step away from having a lift ticket around his neck.

The pose. The mittens. The social distance. pic.twitter.com/kwHH7AzZY8

"Big "I can't wait to get a coffee and a nice muffin when this is over" energy here," Brent Anderson tweeted. Nick George tweeted that Sanders was thinking, ""I'm missing my shows for this."

While the Bidens, Obamas, Clintons, Bushes and Kamala Harris were resplendent in obvious finery, Sanders stubborn refusal to don anything other than a jacket one could wear to the Tractor Supply Store was applauded by many. And laughed at by many others.

Some said his look was very "dad at the post office."

"I am once again asking for a space heater." https://t.co/2PmfOWFGYE

Bernie’s mittens are made by Jen Ellis, a teacher from Essex Junction, Vt. She gave them to him 2+ years ago and was surprised when he began wearing them on the campaign trail. They are made from repurposed wool sweaters and lined with fleece made from recycled plastic bottles. pic.twitter.com/ErLr29lY2t

Like the other outfits at the event, Sanders' mittens sent a message, some said. They were made by a teacher in Vermont out of repurposed wool sweaters and lined with fleece made from recycled plastic bottles. 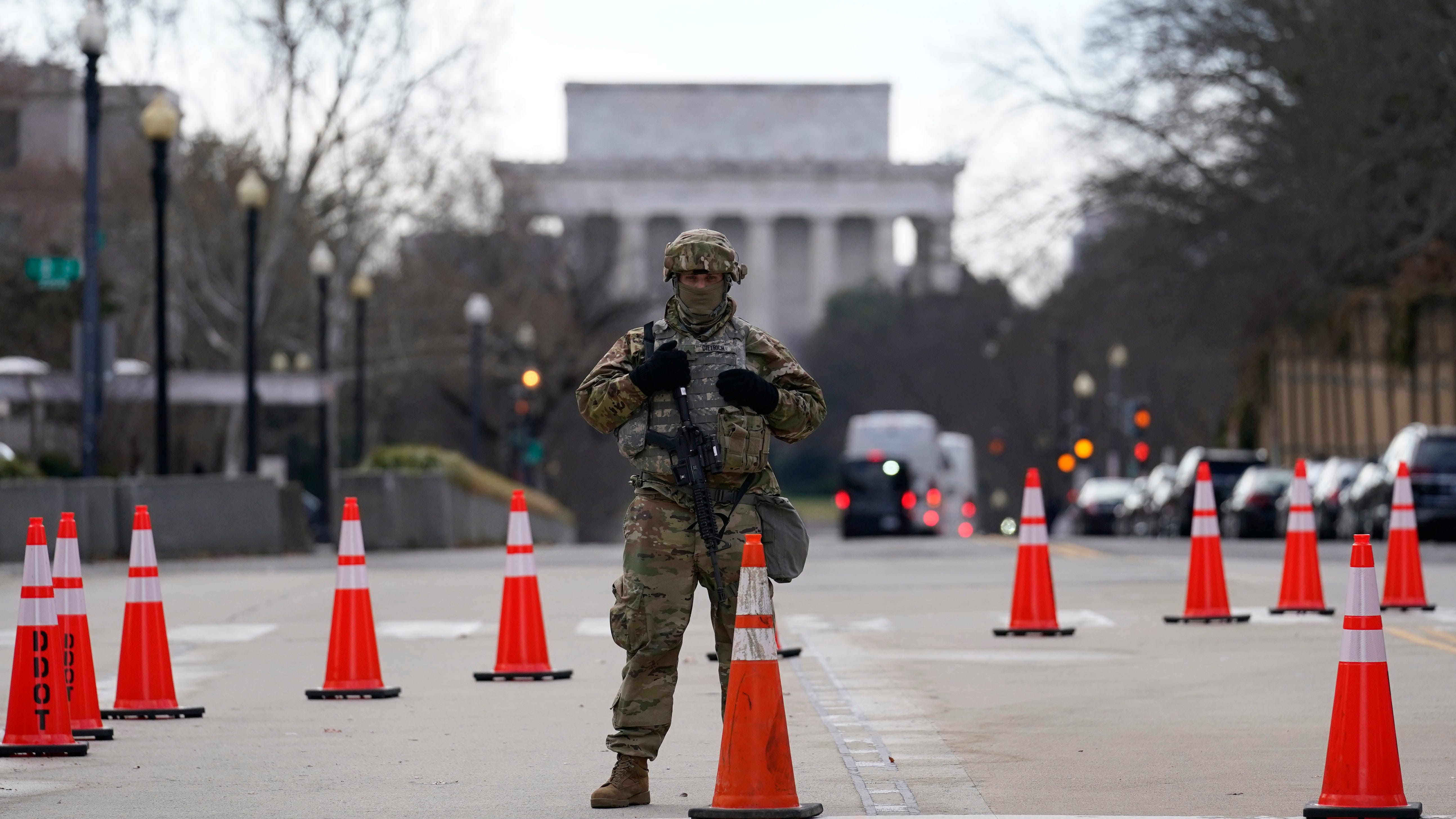 Biden's inauguration goes off with no security issues

Whatever they were made from, one Twitter user described them with one word: Clutch. And he was sending his own message. While others had time to dither about wearing the perfect thing for a historic moment in time, Bernie had places to be ... and managers to call.