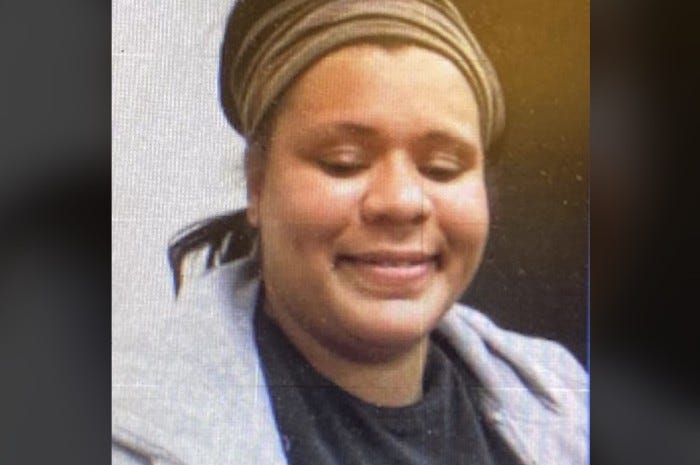 (WWJ) Detroit Police are searching for a woman who went for a walk a few weeks ago, and disappeared.

Wade did not return to her home in the 800 block of Oakman Blvd. She has not been seen or heard from since and her caretaker is "very concerned," according to police.

Wade is described as 5'9" tall and weighing around 240 lbs., with a light complexion. She was last seen wearing a black hat with studs, a black zip-up jacket, blue hospital type pants and black Ugg boots.

Police said Wade is believed to be in good physical condition, but according to her caretaker she lives with mental illness.

Anyone who has seen this missing woman or who knows of her whereabouts is asked to call the Detroit Police Department Tenth Precinct’s Investigative Unit at 313-596-1040 or Crime Stoppers at 1-800-Speak Up (1-800-773-2587). As always, all calls to the Crime Stoppers tip line are 100% anonymous.