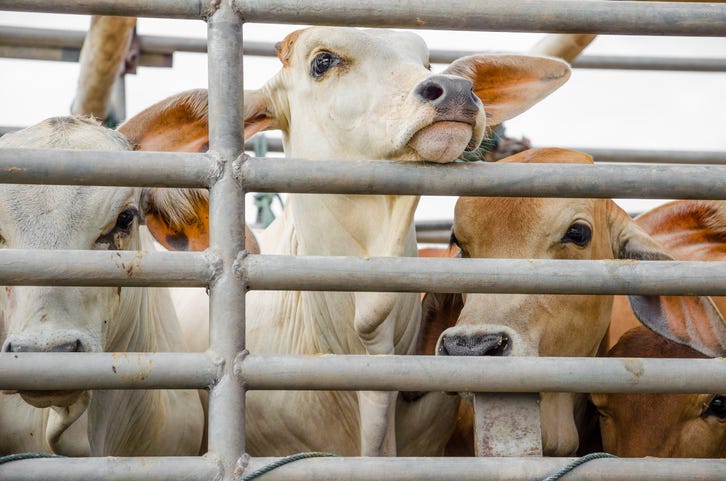 (WWJ) A freeway ramp in Detroit had to be shut down Monday afternoon, after a truck hauling livestock rolled over.

According to Michigan State Police, troopers was dispatched to the scene — on the westbound I-94 ramp to southbound I-75 — at around 3:10 p.m.

An investigation revealed that the driver of a semi with 38 cows on board had lost control and overturned on the ramp, not long before the afternoon commute began.

Just before 6 p.m., MSP said troopers were still waiting for another livestock trailer to arrive on scene, responding from Albion. Once the additional semi is on scene, police said they would cut the trailer open and begin to off load the livestock.

Police said some of the cows would need to be euthanized because of the extent of their injuries. It was not immediately clear how many cows were hurt.

MSP said the freeway ramp would be closed for several hours following the incident.

It's not clear at this time what caused the truck driver to lose control. It does not appear that any other vehicles were involved.

No human injuries were reported.

Stay with WWJ Newsradio 950 for the latest updates during traffic and weather, every 10 minutes on the 8s.