(WWJ) Detroit Police are trying to track down a suspect and a person of interest in a shooting at a gas station on the city’s west side.

Police say the victim, 26, walked into the gas station on Linwood near Clairmount. Inside, he “exchanged words” with two men around 7:35 p.m. Thursday.

During the argument; one of those two men (suspect) pulled a handgun and fired a single shot at the victim, then left with the other man (the person of interest); according to police.

The pair drove away from the scene in a red SUV, heading east on Clairmount; police said. 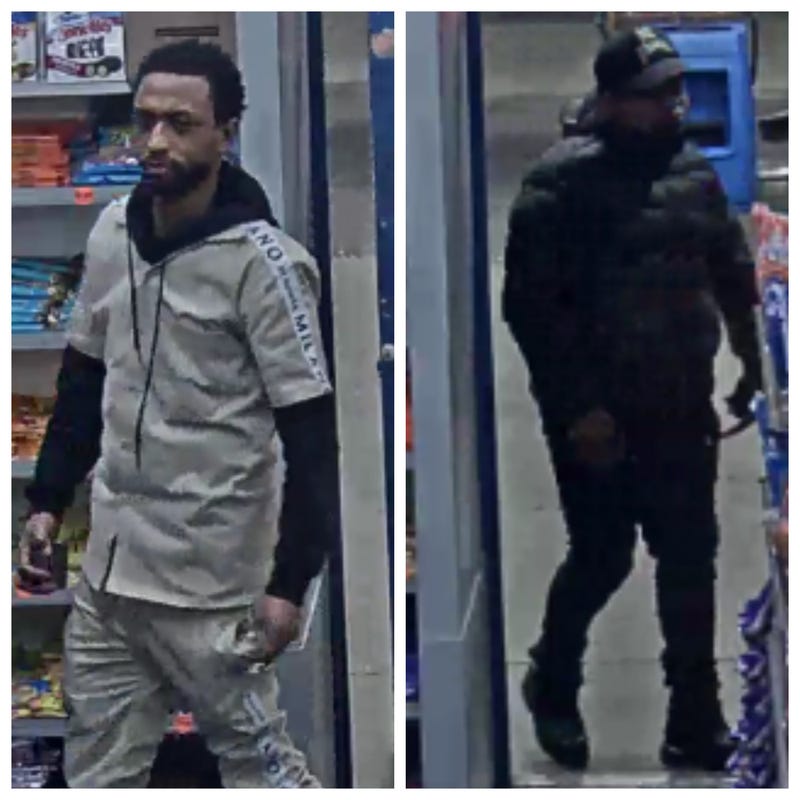 The victim is hospitalized in stable condition.

The suspect (left) is described as: black male, 5’8”-5’10”, 140 lbs., wearing a black hoodie underneath a light-colored buttoned shirt with matching pants. The shirt and pants have a white line going down the side of the sleeves and pant legs with black lettering that reads, “Milano Di Rouge” and black boots.

The person of interest (right) is described as: black male 5’5”-5’6” wearing a black hat, a black puffer coat, black pants and black boots. He has a possible street name of ‘Lil “E.”’

If you recognize the suspect or the person of interest, contact the Detroit Police Department’s 10th precinct detective unit at (313)596-1040 or CRIMESTOPPERS at 1-800-SPEAK-UP.