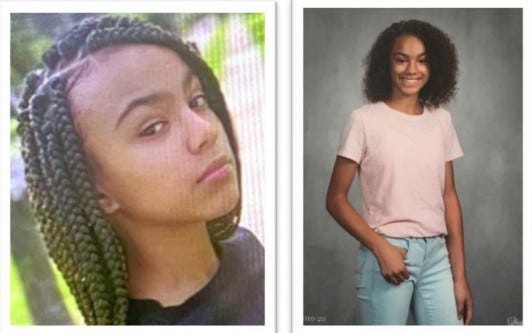 (WWJ) An Endangered Missing Advisory has been posted for a teenage girl in Oakland County.

According to the Oakland County Sheriff's Office, 14-year-old Brooklyn Spears ran away from Oakland County Children’s Village, where she had been a resident, more than a month ago.

She has no known contacts in the Pontiac area, officials said, but has previous contacts in Dearborn Heights.

Spears is also known to frequent the Lansing and Flint areas.

She is described as a Black female, with brown hair and brown eyes. She is approximately 5’3'' tall and weighs around 100 lbs.

As always, all calls to Crime Stoppers are 100% anonymous, and you will not be required to speak to police. There is a $1,000 cash reward available.