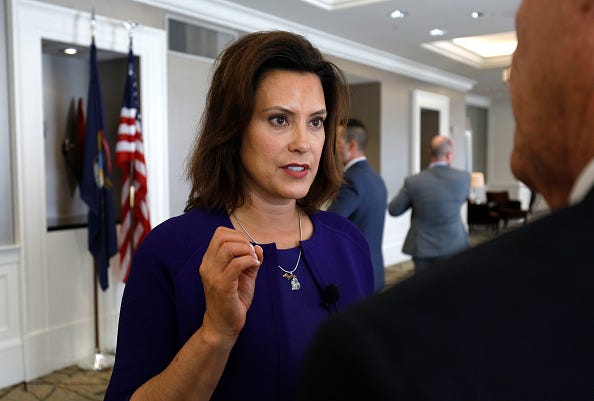 Despite some connecting the two events, an FBI agent testified in federal court this morning that the plot to kidnap Gov. Gretchen Whitmer began before President Donald Trump tweeted "Liberate Michigan."

This came as defense attorneys spent hours grilling two suspects accused of making plans to kidnap Whitmer, try her for treason and hold her against her will at an undisclosed location in Wisconsin. Five of the men accused in the plot faced a hearing today to determine if charges against them continue.

The attorney for defendant Ty Garbin of Hartland asked FBI agent Richard Trask if the president's tweet inspired the scheme. Trask said it began before the tweet, but wouldn't speculate on motive beyond that.

Investigators have said the governor's strict stay-at-home orders inspired the plot, which Whitmer herself blamed Trump's rhetoric. Chicago's Mayor Lori Lightfoot doubled down on that and said Trump's words create a dangerous situation for elected officials.

For their part, defense attorneys have said the whole thing was just "big talk from crackpots" and the alleged plot was never really going to be carried out.

The judge in today's hearing is expected to decide if two of the suspects, Adam Fox and Garbin, will be allowed to go free on bond until the trial. Fox, the suspected ringleader of the effort, allegedly planned to take Whitmer out to the middle of Lake Michigan in a small boat, disable the engine, and leave her there.

Fox, who lives in the basement of a vacuum shop outside Grand Rapids, allegedly took photos of Whitmer's vacation house Up North and plotted to send a fake deliveryman to her door 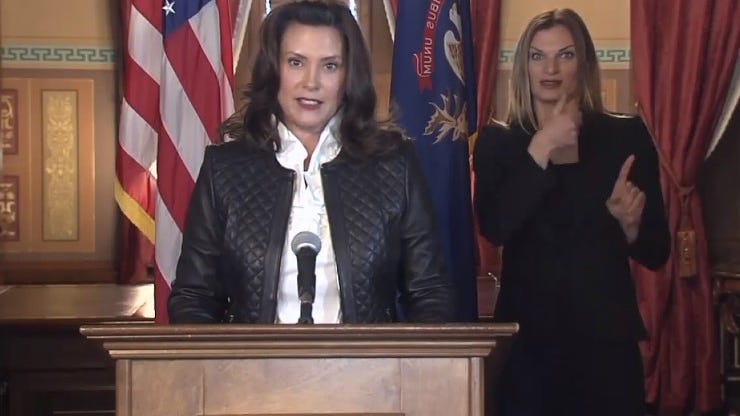 'Sick and depraved': Whitmer reacts to alleged militia plot against her, blames Trump for 'rallying cry'

The eight men charged are members of the militia group Wolverine Watchmen or are associates of the group, the attorney general's office said. They face a total of 20 state felony charges, including, for some, gang membership. Another six men are facing federal charges of conspiracy to commit kidnapping.

"Wolverine Watchmen members together with another group led by Adam Fox, the 'Michigan III%ers,' engaged in planning and training for various acts of violence," the affidavit against Higgins says, "including kidnapping politicians and storming the Michigan Capitol Building in Lansing."