(WWJ) Slippery roads are in the forecast, as a winter storm blows across metro Detroit Monday into Tuesday.

A Winter Weather Advisory is in effect for the eastern half of Southeast Michigan, from 3 p.m. Monday until noon on Tuesday -- with total snow accumulations of 2 to 6 inches expected, depending on where you live.

AccuWeather says metro Detroiters will see spotty rain to change to snow, with a biting winds and temperatures falling through the 30s.

So how much snow will pile up in the Detroit area?

"It looks like most areas will pick up a few inches; we're looking at 2 to 4 inches around most of metro Detroit," AccuWeather Meteorologist Brian Thompson said, speaking live on WWJ Newsradio 950, Monday afternoon.

"There could be some lower amounts west of US 23 where the snow is struggling to get to right now. And that looks to be the case through tonight and into tomorrow. There will be some, but not as much as you'll see downtown."

Thompson said suburbs north of Detroit will likely see higher amounts, especially as you get closer toward the Thumb.

"Watch out as we head into the evening hours; especially with the sun going down." Thompson said. "...As those temps drop, anything that's wet could freeze up. So that'll be a concern here through the evening hours."

Thompson said temperatures will get down into the 20s overnight, and into the lower 30s tomorrow. On Tuesday, 2 to 4 inches of snow accumulation is expected in most of the metro Detroit area. 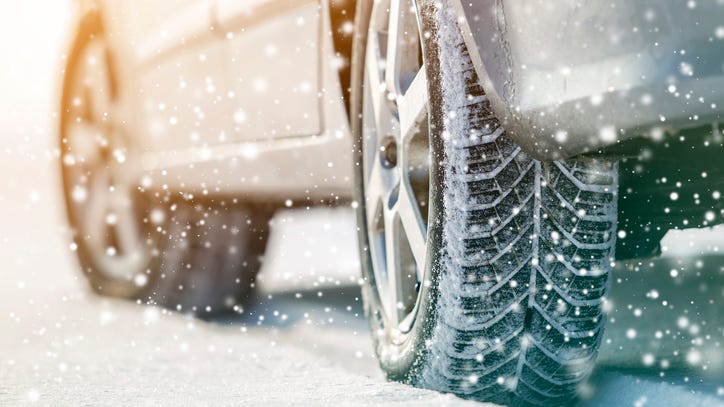 "You will hear things today like: 'Roads causing crashes.' 'Snowy roads caused a crash,” “This storm is causing drivers to lose control!' MSP Metro Detroit tweeted. "Don’t buy in to it! Drivers either cause crashes or avoids them. Slow down to a safe speed! Even if it’s slower than the posted speed limit."

MSP urged drivers to increase their following distance "to make sure if someone stops in front of you, you can stop in time without having to jam on the brakes and going into a skid."

"Finally, if someone is driving inappropriately for the conditions, just let them go! You will get to your destination," police added.

Don't crowd the plow! Are you set for snow? Leave early and slow down. Make sure your windows are clear, tires in good shape and slow down. Arrive alive! pic.twitter.com/1TEM6pt4nm

In Oakland County, road crews were filling trucks up with salt Monday morning, preparing for action.

"We'll probably put down some salt," said spokesman Craig Bryson, with the Road Commission for Oakland County. "And if we do get some accumulation we'll start blading it off. And we'll just do what we do!"

In Macomb County, there were 26 salt trucks out on the roads later Monday afternoon. Officials said that would increase to 40 after midnight.

Looking ahead into the week: Thompson said Wednesday and Thursday will be brisk and cold with some sunshine, and highs in the low 40s.

Keep your radio tuned to 950 on the AM dial, or 97.1 HD 2 on FM to listen to WWJ for traffic and weather on the 8s, 24 hours a day. To listen to us anywhere, anytime, download the Radio.com app.