Northbound I-75 was shut down Tuesday morning after a mail truck collided with a vehicle carrying metal coils, spilling them onto the freeway.

WWJ's Charlie Langton reported it was "a mess" on metro Detroit's busiest thoroughfare.

"Quite a bit of debris, you can see the coils spilled, too," Langton said, adding that one of the trucks overturned. "They've got some work to do, no question about it."

There were no reports of injuries. 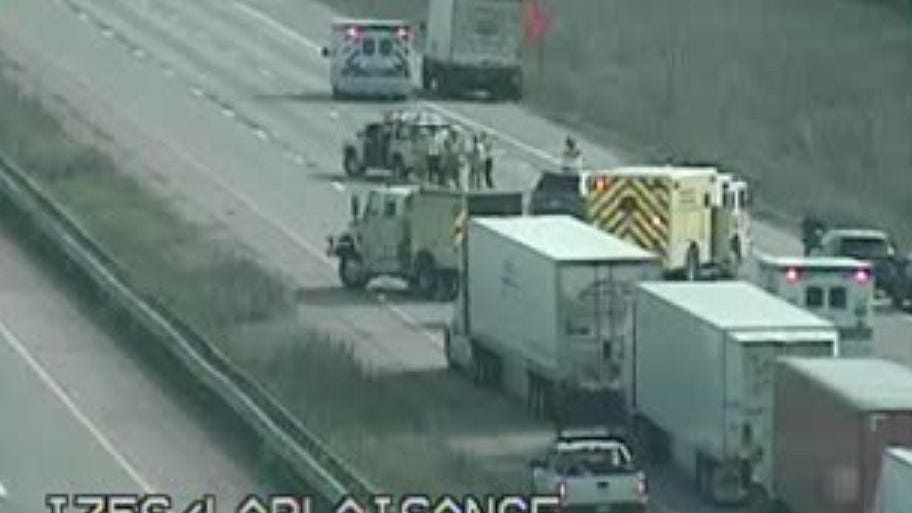 Driver Kills Motorcyclist On I-75, Flees

WWJ later reported that traffic was backed up all the way from Detroit to Lincoln Park.